A square flag has a red cross of uniform width with a blue square in the center on a white background as shown. (The cross is symmetric with respect to each of the diagonals of the square.) If the entire cross (both the red arms and the blue center) takes up 36% of the area of the flag, what percent of the area of the flag is blue?

The diagram can be quartered as shown: 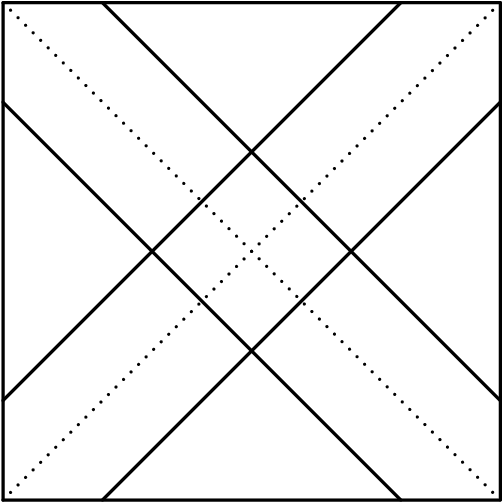 and reassembled into two smaller squares of side 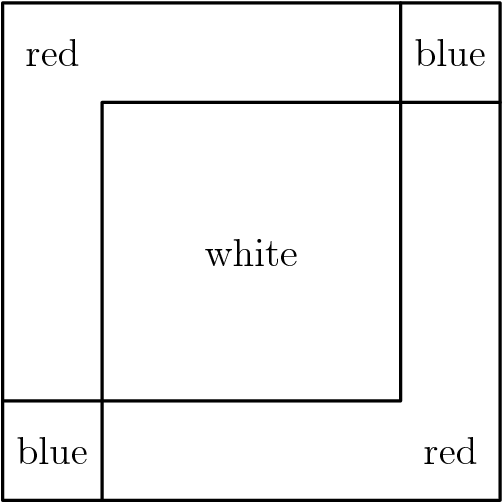 The border in this figure is the former cross, which still occupies 36% of the area. Therefore the inner square occupies 64% of the area, from which we deduce that it is

, and that one blue square must be