Difference between revisions of "2004 AMC 12A Problems"

, for any positive integer 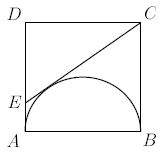