be an acute-angled triangle, and let

be two points on side

be the second intersection of the line

be the second intersection of the circumcircle of

. It is enough to show that

. All our angles will be directed, and measured mod 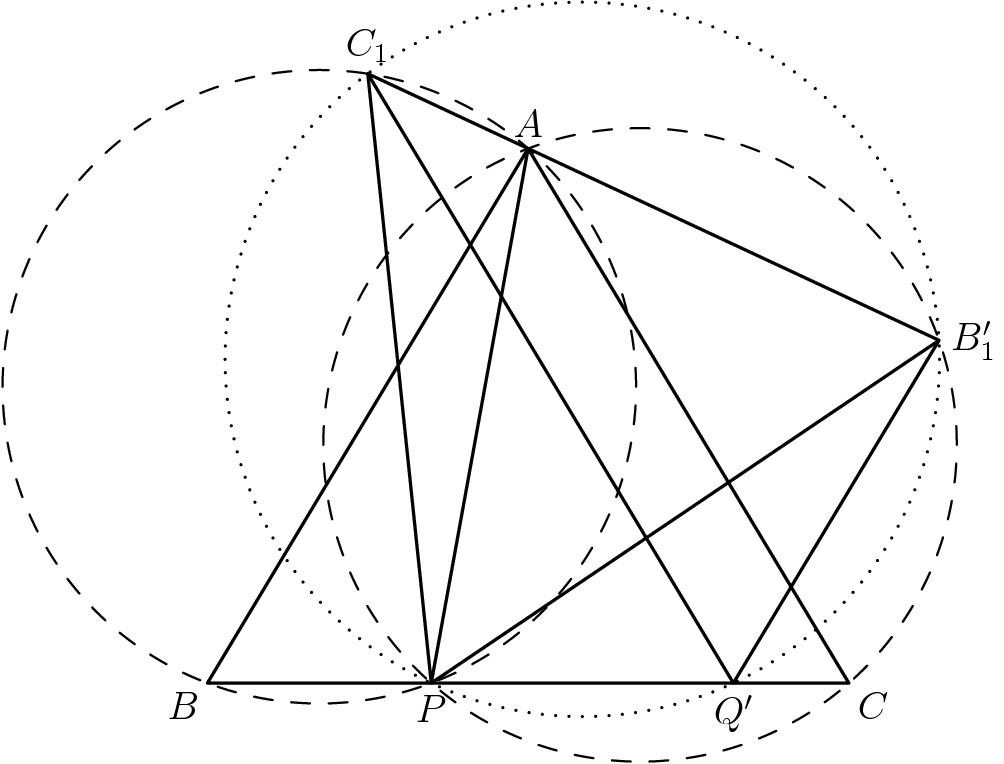 are collinear, it follows that

It follows that lines

are parallel. If we exchange

in this argument, we see that lines

is the second intersection of the circumcircle of

Motivation: One can notice that if you take such a

is cyclic, and that similarly

is also cyclic. One gets the intuition that only one such circle should exist where the other chord passes through A, and so sets up a ghost point for

Suppose they are not collinear. Let line

(i.e. the circumcircle of

must be the other intersection of the parallel to

is contained in triangle

intersects this triangle only at point

As a result, we have

is cyclic, as desired.

Due to the parallel lines,

Therefore, it suffices to prove that

by the cyclic quadrilaterals. Now, the condition simplifies to proving

By the parallel lines,

is a vertex of the reference triangle, we must prove that

Now we find the circumcircle of

Let its equation be

Similarly, the circumcircle of

and note that both

are negative. By the quadratic formula, we have

Multiplying these two, we have