be the legs of the triangle, and 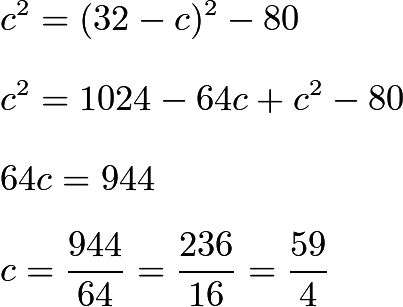 be the sides of the triangle, with

We substitute our value of 32 for

Finally, subtracting this from our original value of 32, we get