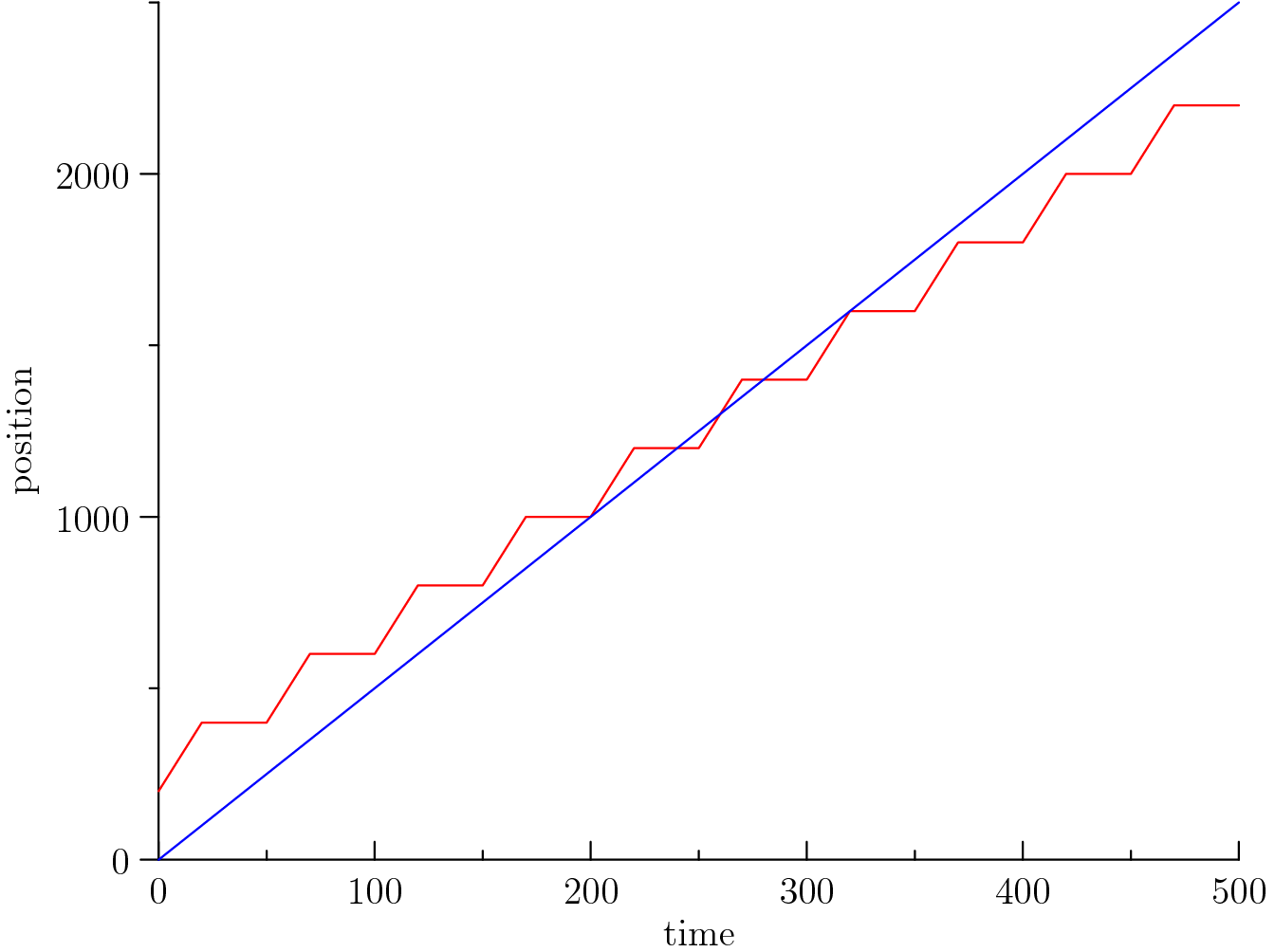 seconds at the new pail. Thus it sets off from a pail every 50 sec. Let

Thus Michael intersects with the truck

times, which is option

We make a chart by seconds in increments of ten.

This solution might be time consuming, but it is pretty rigorous. Also, throughout the solution refer to the graph in solution 1 to understand this one more. Lets first start off by defining the position function for Michael. We let

linear part of the truck's position function be denoted as

. Then through algebra, it is found that

. Now, lets move on to the constant pieces, which is a lot easier in terms of algebra. Let the

constant part of the truck's position function be denoted as

. Then, again, through algebra we obtain

. Now, let me stress that

are disjoint, which is why I used different variable names. We are interested in where

values that actually work are

because of the domain restrictions on

. Similarly, we also see that for

values that work is

might yield the same exact intersection point. Checking this through simple algebra we see that

do indeed yield the same intersection point. Thus, our answer is

Note: This is probably not the best solution as it seems a lot more tedious, but it still works. I admit this solution isn't elegant at all.