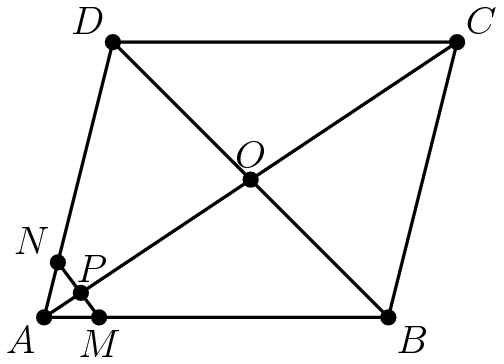 Assume, for the ease of computation, that

be a point such that

is a parallelogram. By construction,