Difference between revisions of "2010 AMC 12A Problems/Problem 13" 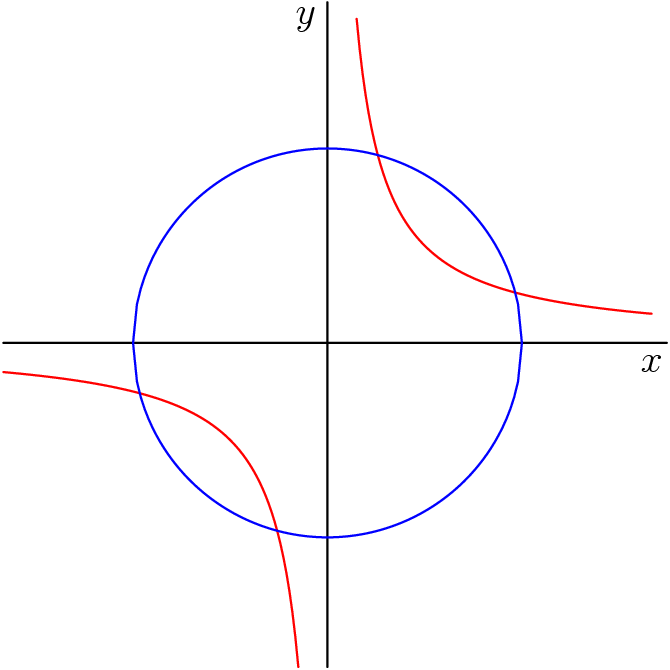 , multiply the equation by 2 on both sides to get

. Now we can add the two equations to get

, as that makes the RHS negative. Similarly, if we subtract the two equations, we obtain

, for the same reason above.

Thus, the only values are

, giving us a total of

by and substitute it into

. Recognize it? It's also

. Then the given equations become

, which we don't want to intersect. The points that are the closest on this graph are

. We don't want the hyperbola to intersect or go inside the circle, so we require

doesn't work, so we can discard that, leaving