During AMC testing, the AoPS Wiki is in read-only mode. No edits can be made.
AoPS Wiki
Resources Aops Wiki 2011 AIME I Problems/Problem 4 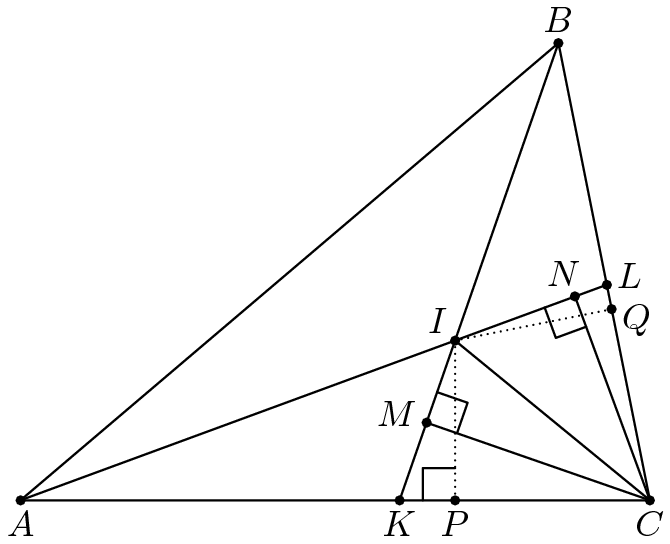 is the inradius of triangle

, and this is equal to

by the Angle Bisector Theorem. Therefore, solving this for

. We now replace these in our Ptolemy's expression to get

We can also use mass points, assigning masses of

. This simplifies our expression further to

Then using the angle bisector formula, we find that

. Also, Heron's Formula tells us that

so when we substitute this all in, we get