Difference between revisions of "2016 AIME I Problems/Problem 15"

are all concurrent at one point, call it

. Now recall by Miquel's theorem in

the fact that quadrilaterals

is cyclic as well. Denote

, it has equal power with respect to both circles, thus

The diagonals of quadrilateral

bisect each other at

, so we conclude that

is a parallelogram. Let

is a parallelogram and quadrilaterals

so we have the pair of similar triangles 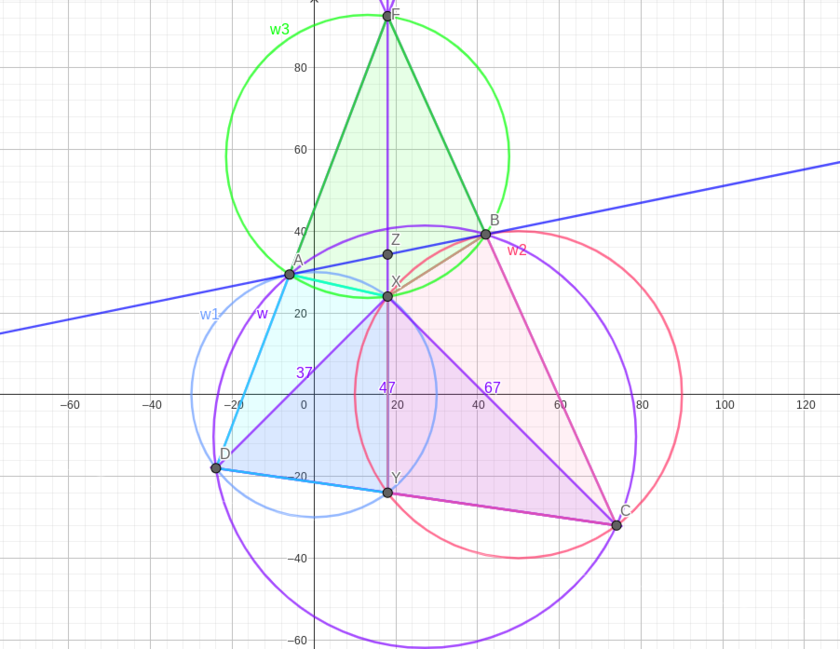 . By the radical axis theorem

are concurrent, say at

By the Radical Axis Theorem

are cyclic, by Miquel's Theorem

is cyclic as well. Thus

is a parallelogram. Hence

First, we note that as

have bases along the same line,

. We can also find the ratio of their areas using the circumradius area formula. If

Since we showed this to be

is cyclic, we know that

. Also, we showed that

, so the ratio of similarity between

We can now use the parallel lines to find more similar triangles. As

, and the problem simplifies to finding

, we also see that

Applying Power of a Point to point

. We wish to find

from both sides, finding

First of all, since quadrilaterals

are cyclic, we can let

, due to the properties of cyclic quadrilaterals. In addition, let

is cyclic as well, we have the following sums:

in the second equation and isolating

back into the first equation, we obtain

we can then imply that

, so since we know that

. From angle chasing we can derive that

, it is quite clear that

can be found similarly. From there, since

. Therefore the length of

; hence, the length of

. We can now simply use arithmetic to calculate

Solution 5 (not too different)

is the Miquel point of 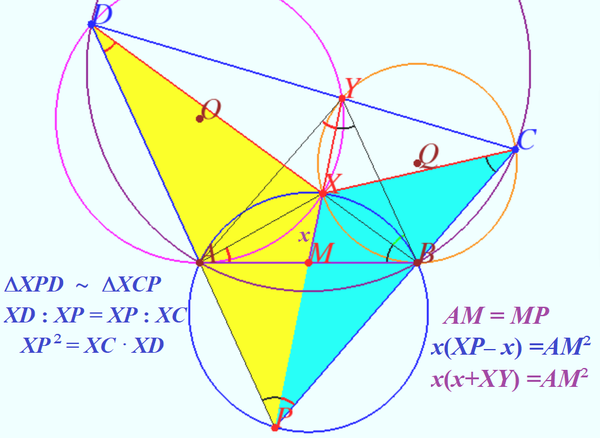 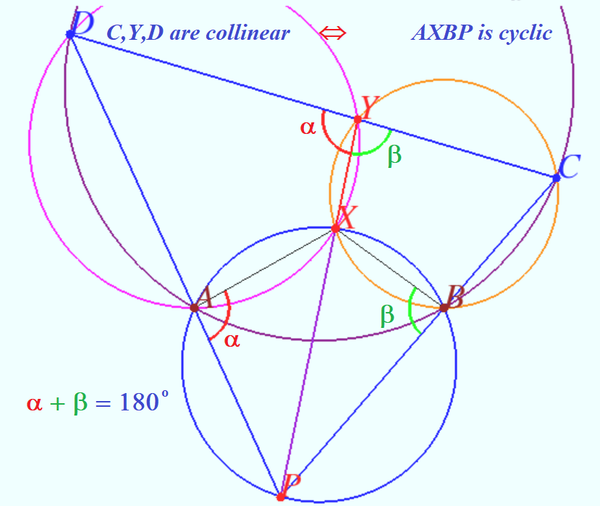 Video Solution by The Power of Logic