During AMC testing, the AoPS Wiki is in read-only mode. No edits can be made.
AoPS Wiki
Resources Aops Wiki 2016 AMC 10B Problems/Problem 20

A dilation of the plane—that is, a size transformation with a positive scale factor—sends the circle of radius

to the circle of radius

. What distance does the origin

, move under this transformation?

The center of dilation must lie on the line

, which can be expressed as

. Note that the center of dilation must have an

-coordinate were otherwise, then the circle under the transformation would not have an increased

-coordinate in the coordinate plane. Also, the ratio of dilation must be equal to

, which is the ratio of the radii of the circles. Thus, we are looking for a point

. We do not have to include absolute value symbols because we know that the center of dilation has a lower

-coordinate, and hence a lower

-coordinate, from our reasoning above. Solving the two equations, we get

. This means that any point

on the plane will dilate to the point

, which means that the point 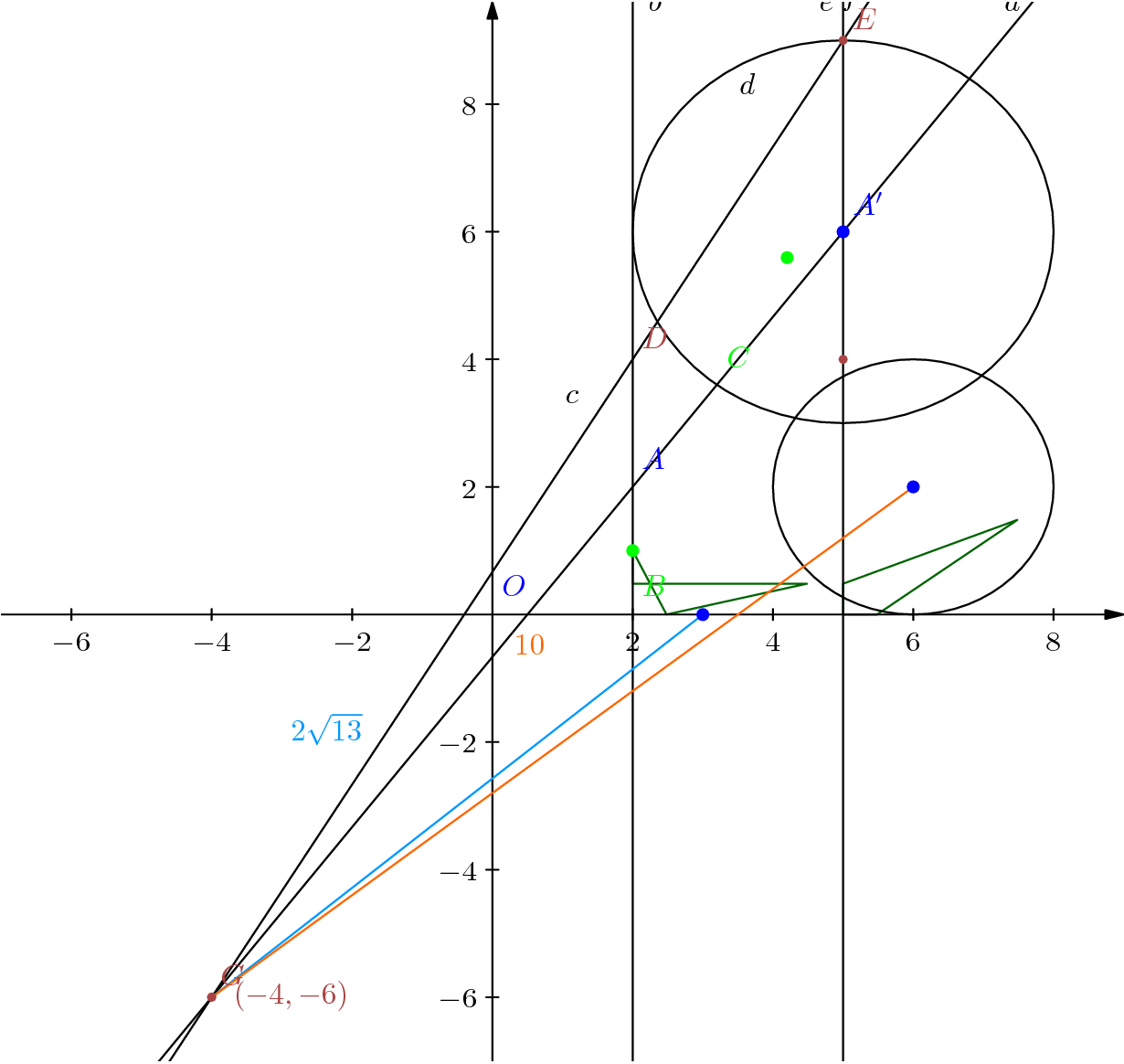 Using analytic geometry, we find that the center of dilation is at

. Then, we see that the origin is

from the center, and will be

Thus, it will move

Using the ratios of radii of the circles,

, we find that the scale factor is

. If the origin had not moved, this indicates that the center of the circle would be

. Since the center has moved from

, we apply the distance formula and get:

Start with the size transformation. Transforming the circle from

would mean the origin point now transforms into the point

to the right and

up. This gets you the point

. Now simply apply the Pythagorean theorem with the points

to find the requested distance.

Before dilation, notice that the two axes are tangent to the circle with center

. Using this, we can draw new axes tangent to the radius 3 circle with center

, resulting in a "new origin" that is 3 units left and 3 units down from the center