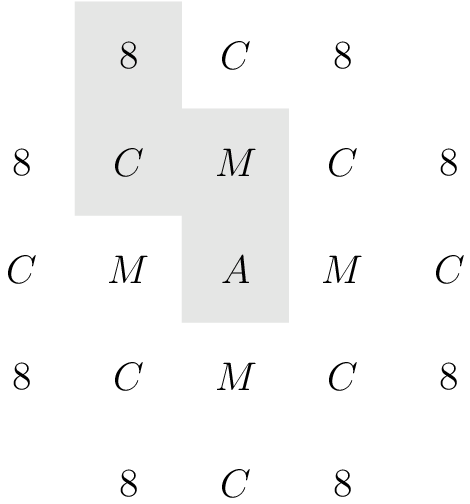 Notice that the upper-most section, a 3 by 3 square that looks like: 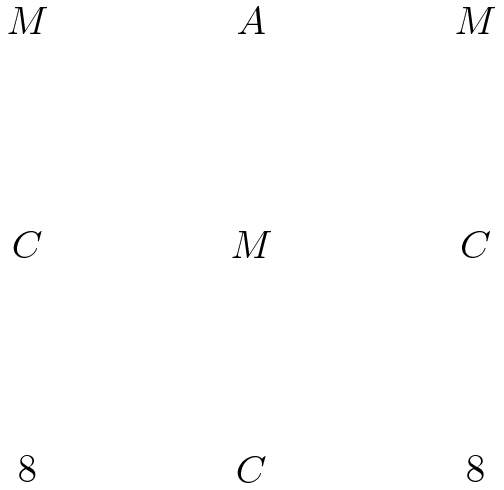 It has 6 paths in which you can spell out AMC8. You will find four identical copies of this square in the figure, so multiply 6*4 to get 24 total paths.