Difference between revisions of "2018 AMC 10B Problems/Problem 24" 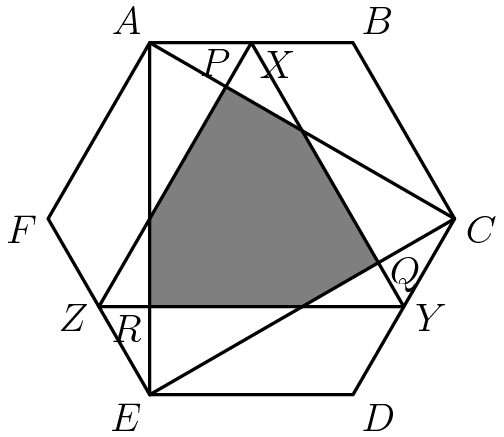 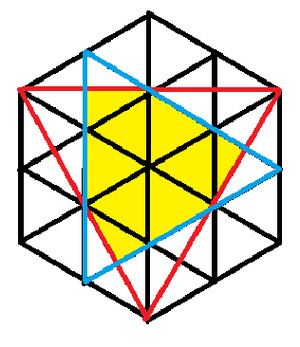 We can see by the picture that 7.5 of the 24 triangles are in the yellow region, the region that we want. The total area of the hexagon is