During AMC testing, the AoPS Wiki is in read-only mode. No edits can be made.
AoPS Wiki
Resources Aops Wiki Difference between revisions of "2021 AIME I Problems/Problem 13"

Difference between revisions of "2021 AIME I Problems/Problem 13"

extends to an arc with arc

be the foot from

. We have by tangency 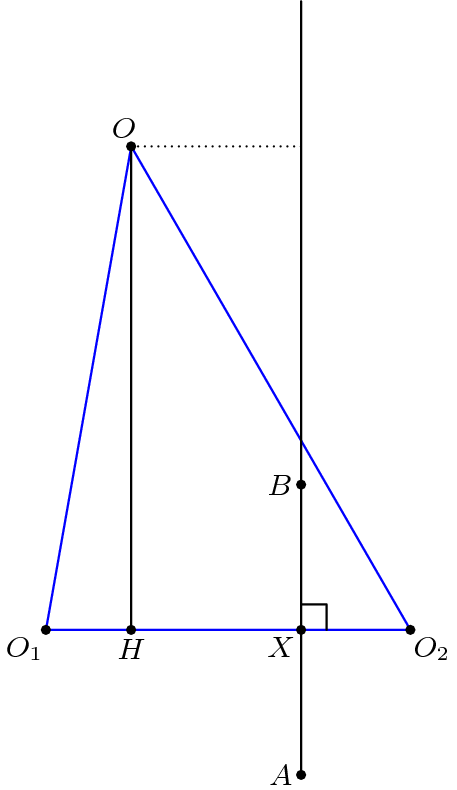 is on the radical axis of

, it has equal power with respect to both circles, so

. Now we can solve for

We want to solve for

. By the Pythagorean Theorem (twice):

denote the radii of

. This solves the problem, for then the

, and then we can solve to get 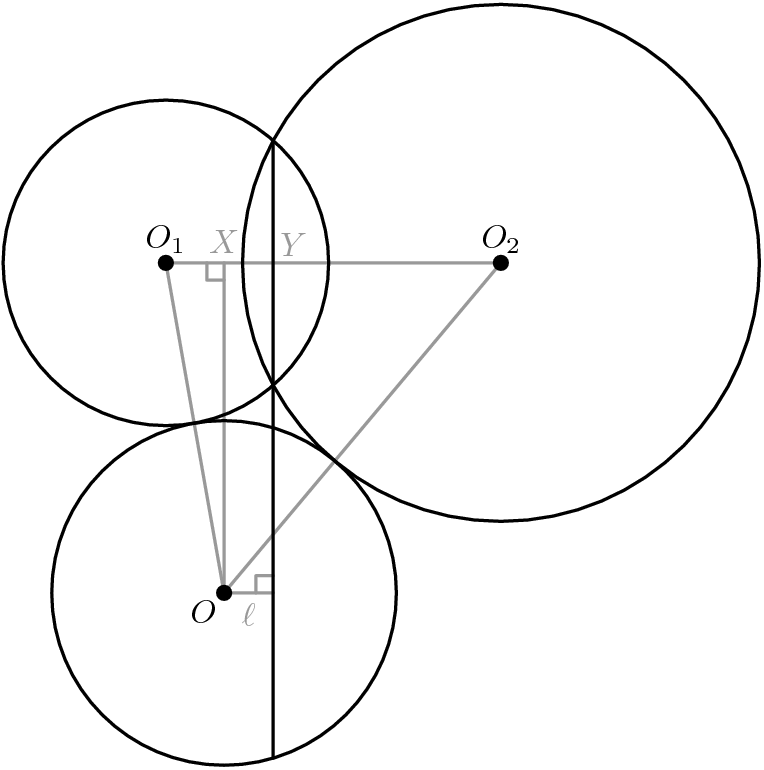 as the projection of

Substituting the first equality into the second one and subtracting yields

which rearranges to the desired.

is a line. Note the angle condition is equivalent to the angle between

. We claim the angle between

Proof: Perform an inversion at

is sent to a circle tangent to lines

at a fixed angle. Therefore the angle between

, respectively, and the circles' centers are

, then the projection of

Suppose we label the points as shown below: https://services.artofproblemsolving.com/download.php?id=YXR0YWNobWVudHMvNC9mLzRiM2JjYThjYmZlY2ViZGI0ODhjYzE4YzMyMmM0M2QyOTZlMmU5LmpwZw==&rn=MTU4ODUxMDg3XzczMDI0ODE4MTAwNjA5N184NDQzMjQxMjM3MDQ2NzQ5NjM4X24uanBn. By radical axis, the tangents to

is harmonic, so the tangents to

Who wanted to see animated video solutions can see this. I found this really helpful.

P.S: This video is not made by me. And solution is same like below solutions.