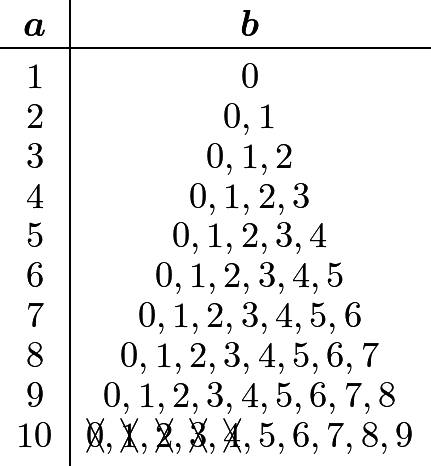 Note that each of the remaining ordered pairs generates one unique desired positive integer.

We prove this statement as follows:

Together, we have justified our claim in bold. The answer is