During AMC testing, the AoPS Wiki is in read-only mode. No edits can be made.
AoPS Wiki
Resources Aops Wiki Difference between revisions of "Newman's Tauberian Theorem" 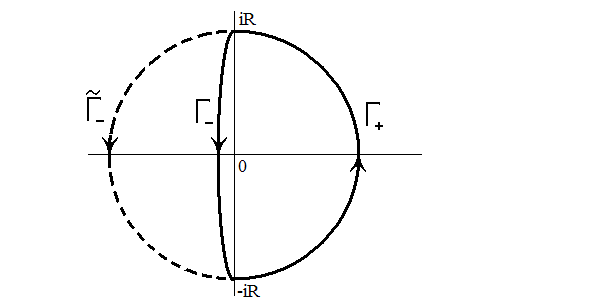 is any smooth curve that lies to the left of the imaginary axis, except for its endpoints and such that the domain

, except for the point

, where it must have a simple pole with residue

, and it is impossible to get the latter without the first). This leads us to the choice