n middle school, math was my least favorite subject. History, I understood. English, I loved. Math never made sense to me, no matter how many times I worked through a problem. I wanted to be good at math, but I didn’t think it was possible.

I started taking classes with Art of Problem Solving during the summer after my eighth grade year. I have to admit, my first class was a bit overwhelming. I felt like I was completely unqualified to be in the class, surrounded by so many smart kids and instructors. There were a few weeks where I felt lost in a sea of material that I could never hope to understand. But slowly and surely, AoPS taught me how to love the process of learning math, even when it is difficult. I went from being a kid who hated math class to begging my parents to let me take an extra math class on Friday nights.

The most common misconception I hear is that people who are good at math come by their skill naturally. Many of my high school friends teased me for being a math nerd. People assumed that math came easy to me, when, in fact, the exact opposite was true. Math was not easy for me to learn. It was something I worked at constantly. For every theorem I could explain, there were a dozen problems I had gotten wrong until I finally learned how the concept worked.

Math is often viewed as a subject you either ‘get’ or you don’t. But most of math is not about natural talent, it is about your approach to learning. If people approach math thinking they can’t be good at it, then they have set themselves up to fail. Just like any other skill, success comes with practice. There are many brilliant mathematicians  in this world, but we should remember they all had to start at the beginning just like we do.

Math will teach you unexpected skills

To me, the most rewarding part of the AoPS program was the weekly writing problem. The writing problem gave me the chance to explain myself as I worked through a problem statement, while teaching me a unique method of communication. I still often find myself utilizing the unique writing tone that I developed while typing up math proofs for my AoPS classes.

Usually, writing is seen as the antithesis of mathematics. Mathematicians are rarely seen as poets.  Yet, I have found that the two are constantly overlapping. No one can say whether Blaise Pascal would have been an influential writer and philosopher if he did not study mathematics, and vice versa. Mathematics has the ability to broaden our minds as students in many unpredictable ways.

I spent many full Saturdays working on AoPS challenge problems. Some kids I knew could spend a few minutes on the weekly problems and they would have them all figured out. Depending on the week, I often spent several hours working on the tougher problems. However, I do not begrudge the time I spent learning to solve problems and write proofs. The process of problem-solving has taught me to patiently power through problems when I don’t know the answer. I learned to feel comfortable even when I was struggling and didn’t know the answer right away. By taking on problems we don’t know how to solve, we strengthen our patience, our stamina, and our ability to adapt to situations that we encounter for the first time. In other words, the more we struggle now, the stronger we will be later. Math can teach us to be resilient when faced with a variety of challenges.

Math is a creative subject.

Math is seldom acknowledged as a creative endeavor. Usually, it is considered to be a cold and calculating (pun intended) subject, held in contrast to studies in art or literature. Still, we can learn a lot about creativity when we take the time to study mathematics. For example, when ten different students write a geometry proof in a writing problem, none of them will write the same proof. Sometimes, they simply explain similar processes in their own words, but sometimes, students come up with totally unique proofs that express their answer succinctly and eloquently. Math gives students a chance to explore the connection between creativity and structure. We can learn about how creativity flourishes in a proper structure, whether that be a proof structure, a political structure, an artistic structure, or any other system.

When people learned that I was taking and enjoying challenging math classes in high school, they often assumed that I planned to study a STEM subject in college. Today, I am an Anthropology major at a liberal arts college. I think that it is important to note that not all AoPS kids end up majoring in mathematics in college. That is a good thing! Challenging math courses are not just for future math professors and theoretical mathematicians. Anyone who has a drive to learn about math can do so, while still pursuing different passions.

The skills we learn from problem solving in math apply to all aspects of our lives. Critical thinking is essential, no matter what we do. The resilience I learned while grappling with challenge problems now helps me when I can’t seem to properly put my thoughts into words in a humanities paper. The structure I learned while writing geometry proofs now helps me to creatively approach studies of diverse cultural practices. Problem solving is an art that we learn in mathematics, but it has the potential to help us in all aspects of our lives. 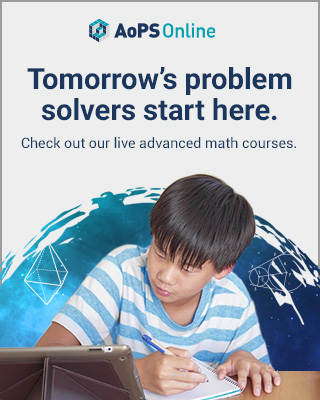 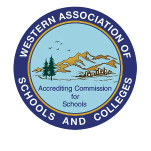