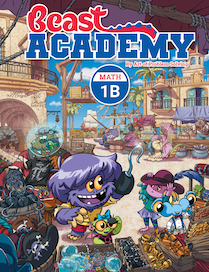 Also available as an Online Book

Beast Academy 1B is the second part in a four-part series for students ages 6–8. Level 1B includes chapters on addition, subtraction, and categories.

Beast Academy is the elementary-school math curriculum from Art of Problem Solving. Beast Academy provides a full, rigorous, and entertaining curriculum for aspiring math beasts ages 6–13. The series consists of four units for each level (A-D).

Beast Academy 1B is the second book in the four-book series for Level 1. In Level 1, the comic-styled Guide sections and the Practice sections are included in one book (in Levels 2-5, the Guide and Practice books are separate). Level 1B includes over 600 problems ranging from introductory level exercises to very challenging puzzles and word problems to reinforce the lessons in the Guide.

Beast Academy 1B is the second part of our four-part series for Level 1: 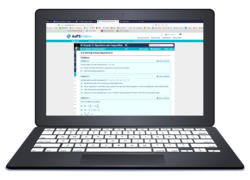 Something appears to not have loaded correctly.