The Angle bisector theorem states that given triangle

Further by combining with Stewart's theorem it can be shown that 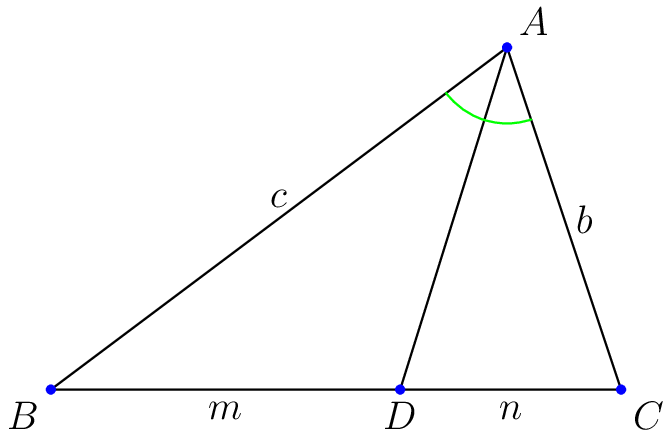 By the Law of Sines on

is an angle bisector, we know that

, so the denominators are equal.

Second, we observe that

, so the numerators are equal.