be the point of the intersection of 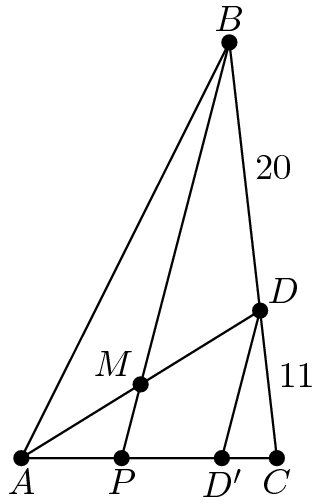 by the Angle Bisector Theorem. Similarly, we see by the midline theorem that