, read as n factorial, is computed as

• The square integers are

be positive integers. List all the integers in the set

be written in the form

be so expressed since

in. What is the area of the shaded overlap region?

(a) What is the smallest number in both

(b) Find all numbers that are in both

Determine the area of the square

, with the given lengths along a zigzag line connecting 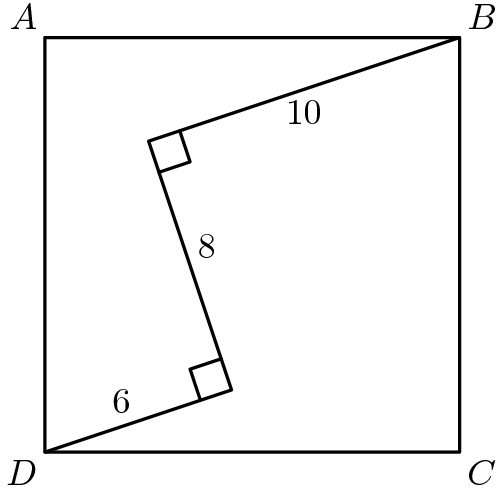 can be expressed as a sum of two squares as

(b) Express the product

(c) Prove that the product of two sums of two squares,

, can be represented as the sum of two squares.

be the number of ways of selecting three distinct numbers from

so that they are the lengths of the sides of a triangle. As an example,

; the only possibilities are

(a) Determine a recursion for T(n).

(b) Determine a closed formula for T(n).

are written on the blackboard. Select any two, call them

and replace these two with the one number

. Continue doing this until only one number remains and explain, with proof, what happens. Also explain with proof what happens in general as you replace

. As an example, if you select

you replace them with

. You now have two

’s in this case but that’s OK.