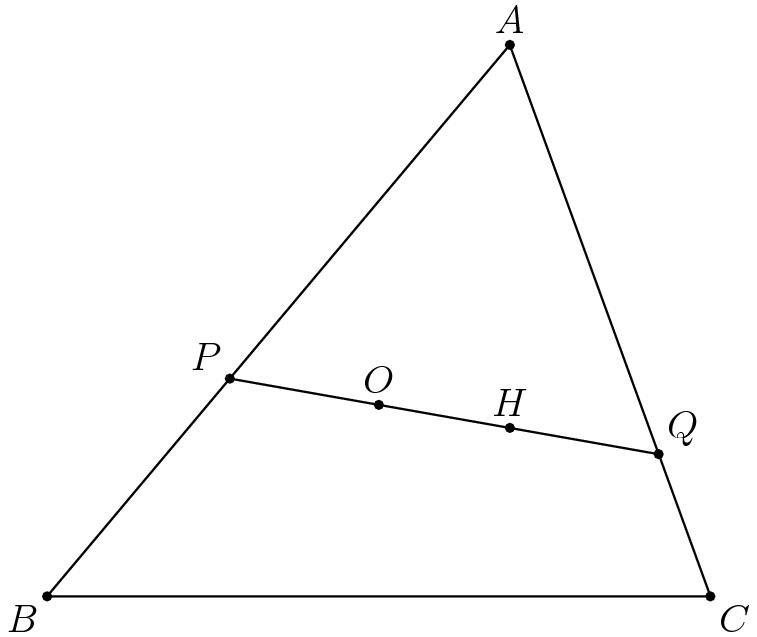 on $\verline{PQ}$ (Error compiling LaTeX. ! Undefined control sequence.) except the midpoint, Points B and C can be validly defined to make an acute, non-equilateral triangle.