During AMC testing, the AoPS Wiki is in read-only mode. No edits can be made.
AoPS Wiki
Resources Aops Wiki 2015 UNCO Math Contest II Problems

Three hours; no electronic devices. Answers must be justified to receive full credit.

We hope you enjoy thinking about these problems, but you are not expected to do them all.

The positive integers are

A polynomial is quadratic if its highest power term has power two.

The sum of three consecutive integers is

. What is the smallest of the three integers? 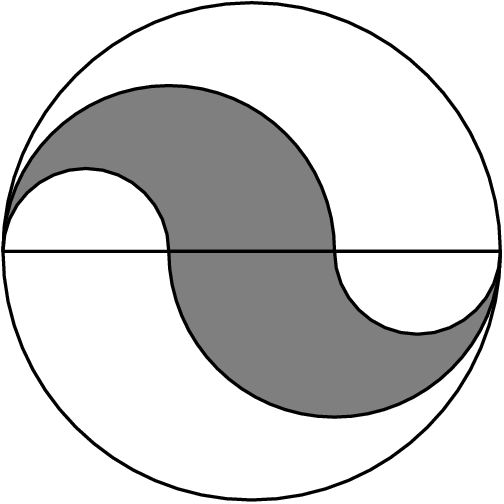 Find the area of the shaded region. The outer circle has radius

. The shaded region is outlined by half circles whose radii are

and whose centers lie on the dashed diameter of the big circle.

If P is a polynomial that satisfies

start together at the same time and race straight along a

foot path, each running at a constant speed the whole distance. When

feet more to run. When

feet more to run. How many more feet does Tarantula

have to run when Tarantula 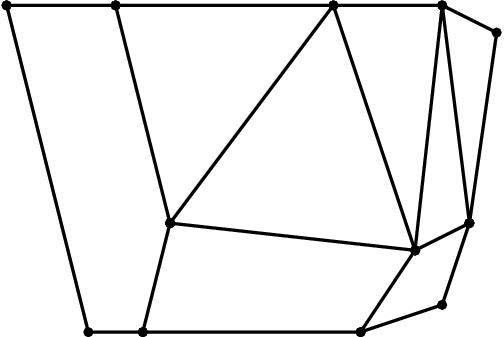 A termite nest has the shape of an irregular polyhedron. The bottom face is a quadrilateral. The top face is another polygon. The sides comprise

pentagon. The nest has

vertices on its sides and bottom, not counting the several around the top face. How many edges does the top face have?

You may use Euler’s polyhedral identity, which says that on a convex polyhedron the number of faces plus the number of vertices is two more than the number of edges. (A vertex is a corner point and an edge is a line segment along which two faces meet.)

How many ordered pairs

have the property that their product

(a) Give an example of a polyhedron whose faces can be colored in such a way that each face is either blue or gold, no two gold faces meet along an edge, and the total area of all the blue faces is half the total area of all the gold faces. A blue face may meet another blue face along an edge, and any colors may meet at vertices. Describe your polyhedron and also describe how to assign colors to the faces.

. Beetles wander out of the urn in random order, one at a time, without any going back in. What is the probability that the sequence of numbers on the first four beetles to wander out is steadily increasing, that is, that the number on each beetle to wander out is larger than the number on the beetle before and that no number is repeated? Give your answer as a fraction in lowest terms. You may leave the numerator and denominator in a factored form. 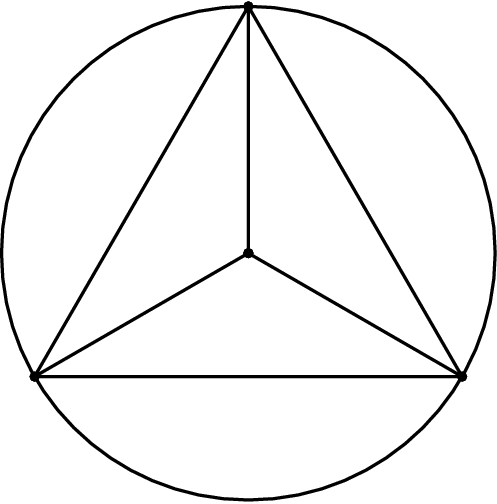 (a) You want to arrange

different heights in two rows for a photograph. Each row must have

biologists. Height must increase from left to right in each row. Each person in back must be taller than the person directly in front of him. How many different arrangements are possible?

, with the same conditions on height as in part (a). How many different arrangements are possible? Remember to justify your answers.

, with the same conditions on height as in part (a). Give a formula in terms of

for the number of possible arrangements.

different heights in three rows of

, with the same conditions on height as in part 10(a) for all three rows. How many different arrangements are possible?