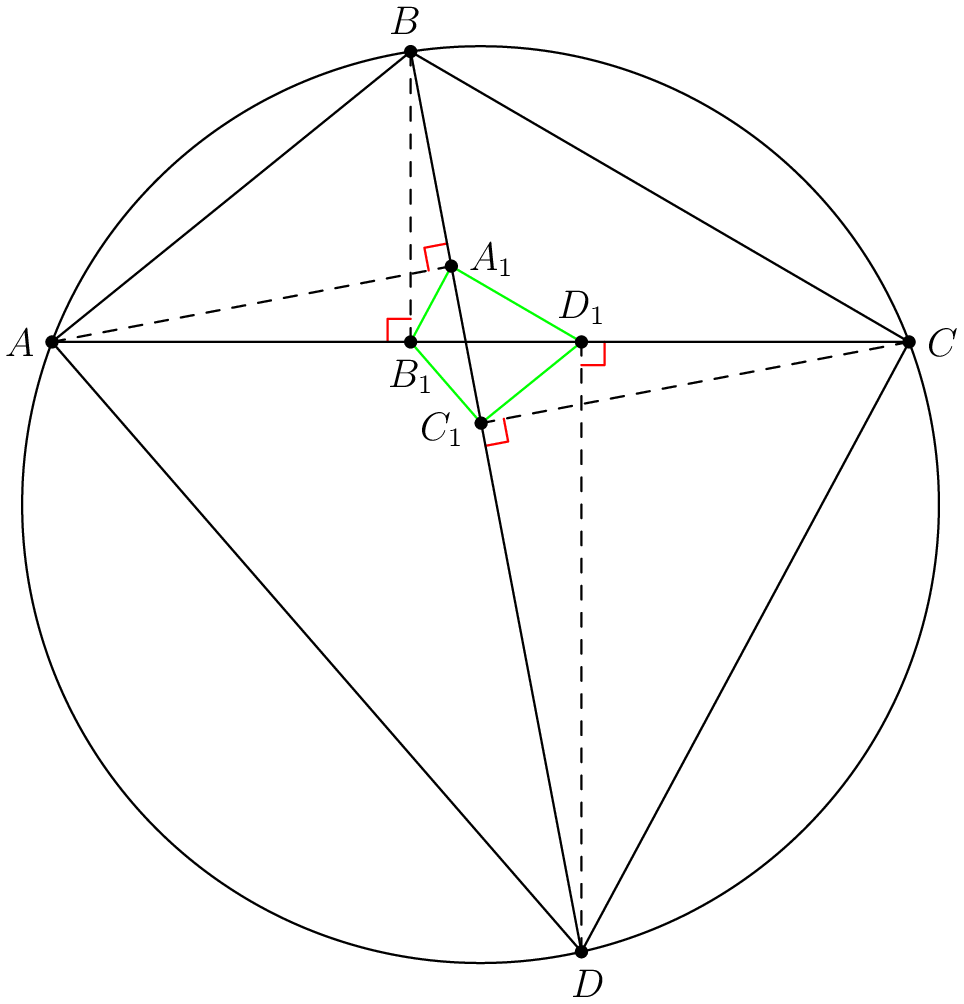 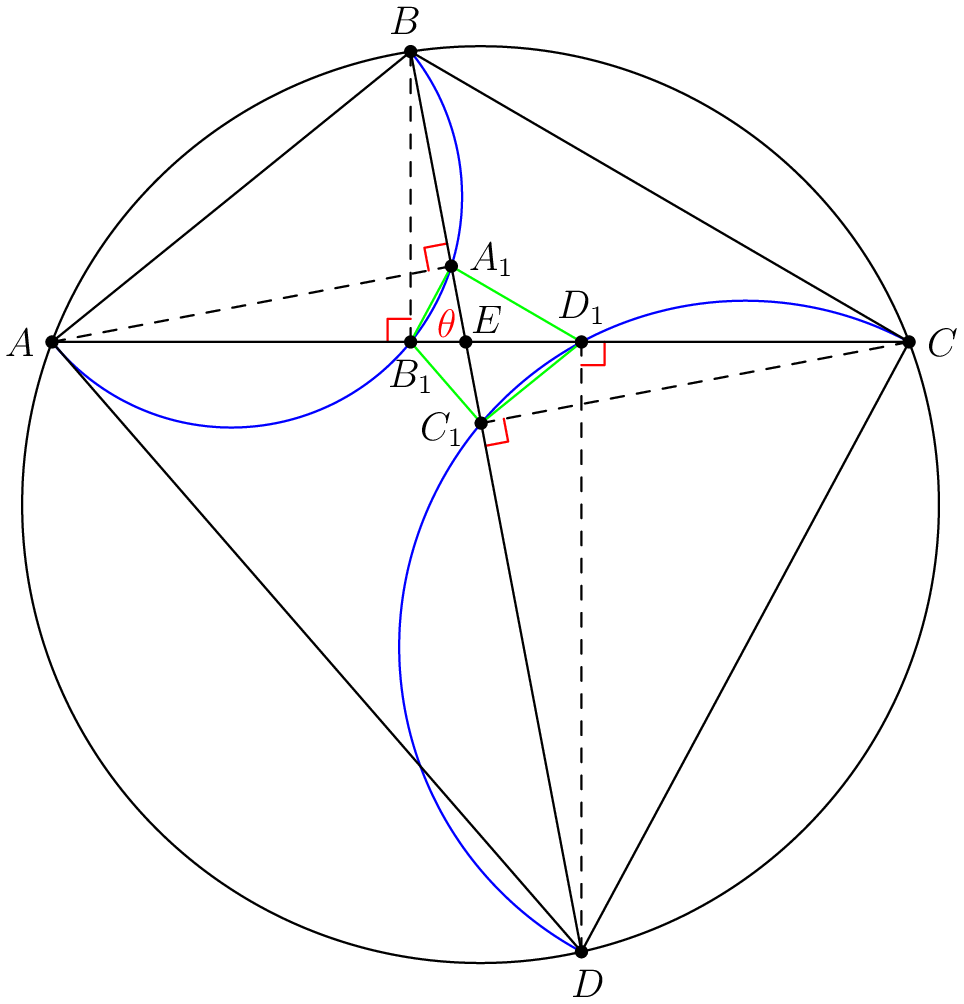 are the bases of the heights dropped from the vertices

is inscribed in a circle with diameter

the similarity coefficient is

the similarity coefficient is 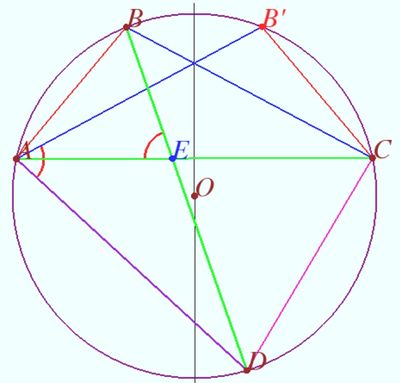 Given an inscribed quadrilateral

between the diagonals is given by

with respect to the perpendicular bisector

is an inscribed one, 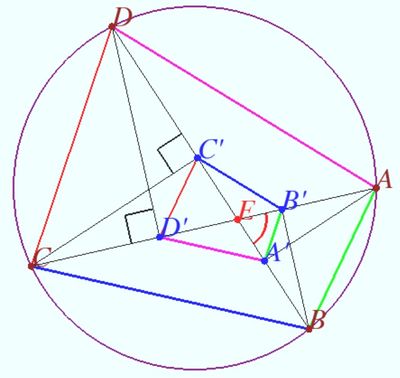 In accordance with Lemma 1, the ratios of pairs of one-color segments are the same and equal to

is the acute angle between the diagonals.

In accordance with Lemma 2,