During AMC testing, the AoPS Wiki is in read-only mode. No edits can be made.
AoPS Wiki
Resources Aops Wiki Difference between revisions of "Mock AIME I 2012 Problems/Problem 15"

Difference between revisions of "Mock AIME I 2012 Problems/Problem 15"

, Paula progressively toggles the roots of

be the number of complex numbers are white at the end of this process. Find

be the distinct complex numbers that were toggled, where

is a positive integer, and for each complex number

be the number of times

was toggled. Then, we have this relation:

The problem is equivalent to finding the number of complex numbers

We now focus on the second formula in

. From this formula, we know that all of the

must be roots of unity. Furthermore, for each

is the number of factors in the numerator that have

as a root, since no polynomial of the form

has a repeated root.

th root of unity. First, when

We now consider the case when

as a root, while the denominator has

as a root. Therefore, in this case,

th roots of unity for each

to the sum. The table below shows the calculations for 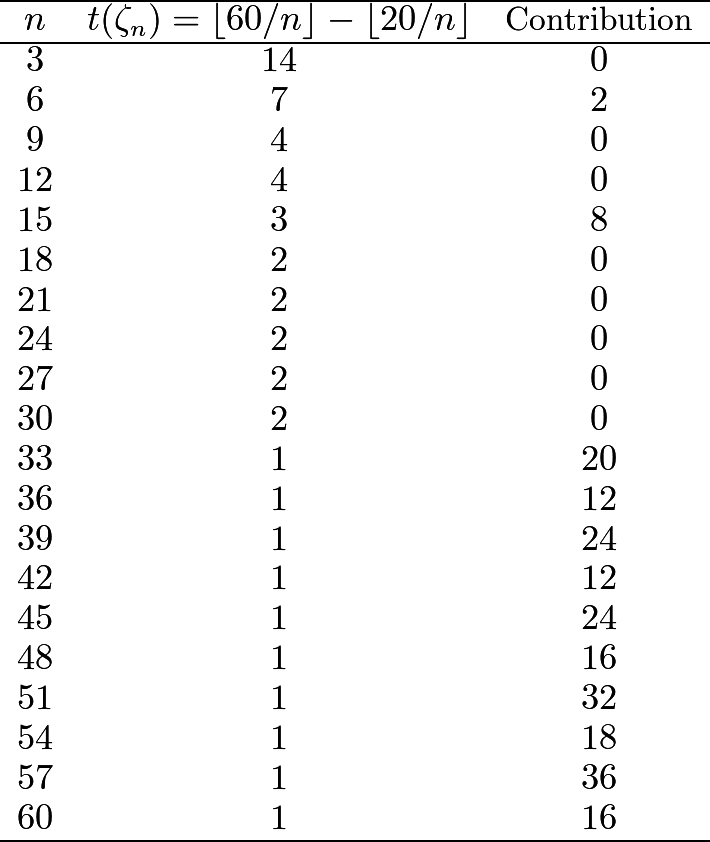