During AMC testing, the AoPS Wiki is in read-only mode. No edits can be made.
AoPS Wiki
Resources Aops Wiki Mock AMC 10B Problems

What is the difference between

Al, Bob, Clayton, Derek, Ethan, and Frank are six Boy Scouts that will be split up into two groups of three Boy Scouts for a boating trip. How many ways are there to split up the six boys if the two groups are indistinguishable?

Which of these numbers is a rational number?

is an isosceles right triangle with a right angle at

and with a hypotenuse of

units. Find the greatest integer less than or equal to the value of the radius of the quarter circle inscribed inside 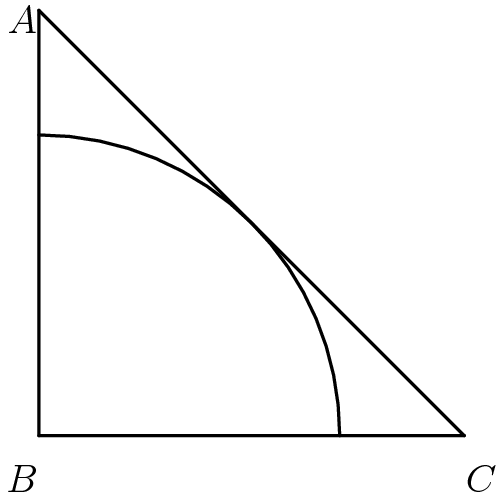 The three medians of the unit equilateral triangle

What is the sum of the solutions to

is a positive integer?

In the following diagram, Bob starts at the origin and makes a certain number of moves. A move is defined as him starting at

with equal probability. The probability that Bob will eventually reach the point

. Find the number of distinct points, including

, that satisfy that the probability that he will eventually reach that point is

, which has two endpoints

is constructed by rotating

is a positive integer greater than 2 and

. After this operation, the line segments

be the sum of the areas of the Triangles

A certain period of time

, a square with side length

be the midpoints of sides

, respectively. Find the area of the square formed by the four line segments 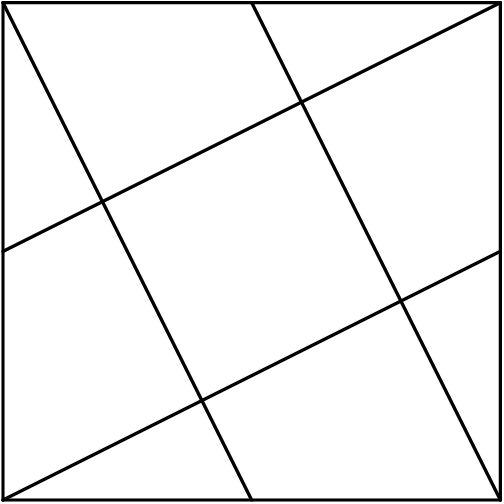 In the figure shown here, the triangle has two legs of length

, and the semicircle has diameter

. The area of Region

Kevin has a friend named Anna. The two of them are both in the same class, BC Calculus, which is a class that has

students. To split the class up into partners that work on a group project involving integrals, the teacher, Mrs. Jannesen, randomly partitions the class into groups of two. If he is assigned to be partners with his friend, he will be happy. What is the probability that Kevin is assigned to be with Anna?

be the number of distinct triangles that can be formed from

coplanar points. Find the sum of all possible values of

In the figure below, a square of area

is inscribed inside a square of area

. There are two segments, labeled 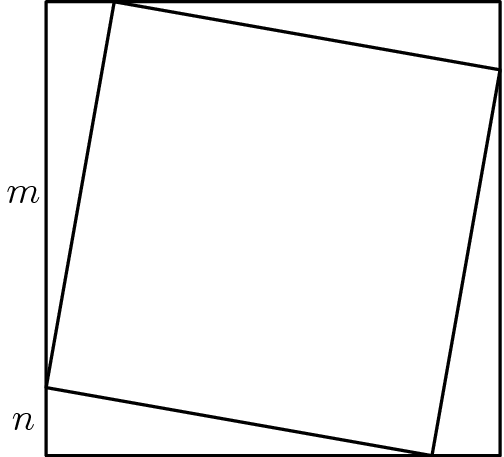 For a particular positive integer

, the number of ordered sextuples of positive integers

be a regular octagon. How many distinct quadrilaterals can be formed from the vertices of

given that two quadrilaterals are not distinct if the latter can be obtained by a rotation of the former? 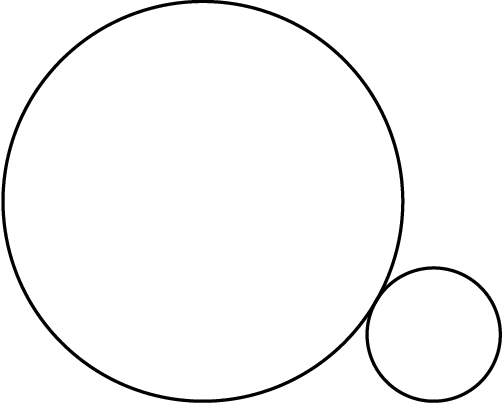 What is the largest power of

. Find the number of

arrays of integers that satisfy: 1. Each integer in the array is a

. 2. Every row and column contains all the integers

. 3. No row or column contains two of the same number. Find

be the set of all possible remainders when

is the number of elements in

are as small as possible. Find

are randomly and independently selected from the range

contain all of the real numbers in the range

, respectively. The probability that the four aforementioned sets are disjoint can be expressed as

Four elementary schoolers, four middle schoolers, and four high schoolers sit around a round table with

seats. There is a rule that no two people of the same school may sit adjacent to each other. Let

be the number of distinct seating arrangements following the rule. Find

Let's label the people from three schools with A,B,C. We can consider the case in which A is in seat number 1. Now, we consider to space between two successive A's. There are totally 8 spaces, which can be broken into sum of four positive integers:

, there are four possible orders. For each order, we can arrange 5 people in the space with 5 seats as

, and then arrange two B's or two C's in two of three remaining spaces, making a total of

, there are twelve possible orders,

. For each order, we can arrange 4 people in the space with 4 seats as

, and then choose 1 space for

and one space for

, there are twelve possible orders, similar to the case above. For each order, we can arrange 3 people in the space with 3 seats as

, and then arrange the last people in the space with 1 seat, making a total of

, there are six possible orders,

. For each order, we can arrange 3 people in the two spaces with 3 seats as

, and then arrange the space with one seats for the people left, so there six arrangements in total:

, there is only one order, and each space can be arranged as

Considering the three possibilities for seat 1, the final result is