denote a polynomial having all integral coefficients. Show that it is impossible that

are positive real numbers, then

Two boundary points of a ball of radius 1 are joined by a curve contained in the ball and having length less than 2. Prove that the curve is contained entirely within some hemisphere of the given ball.

A father, mother and son hold a family tournament, playing a two person board game with no ties. The tournament rules are:

(i) The weakest player chooses the first two contestants.

(ii) The winner of any game plays the next game against the person left out.

The father is the weakest player, the son the strongest, and it is assumed that any player's probability of winning an individual game from another player does not change during the tournament. Prove that the father's optimal strategy for winning the tournament is to play the first game with his wife.

shown in Figure 1. In 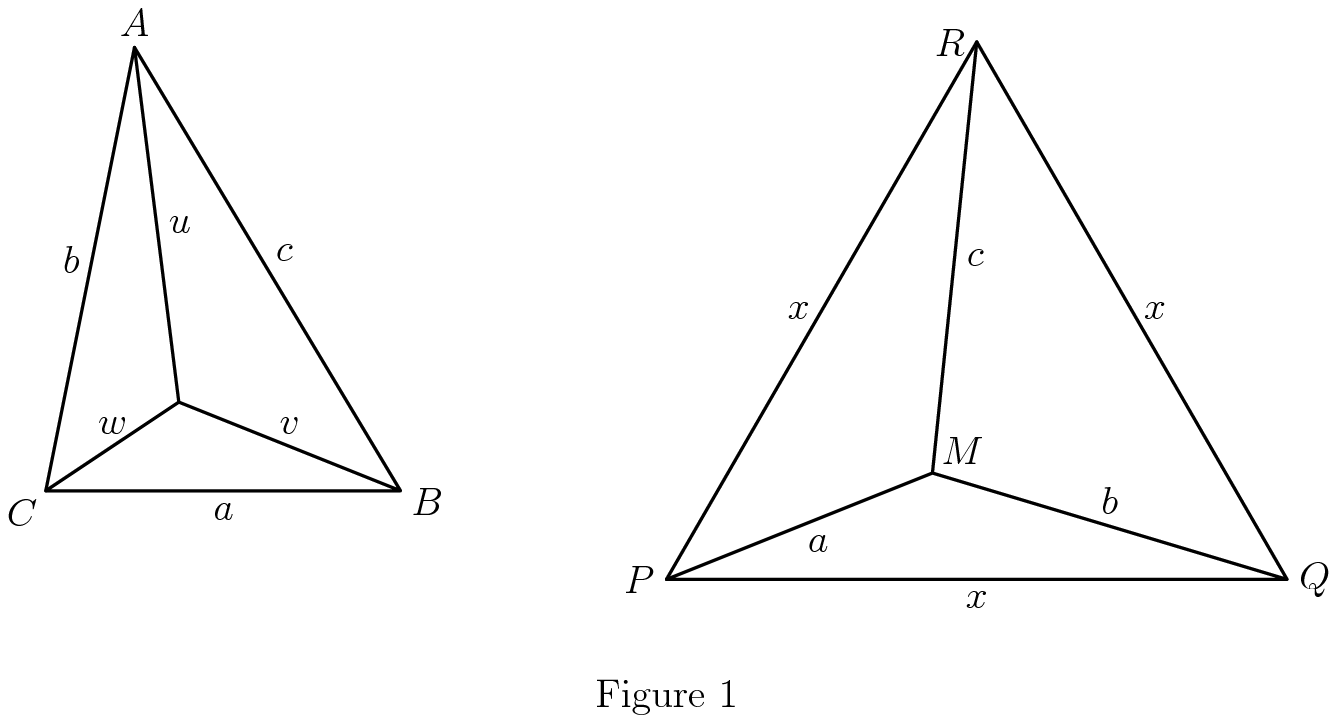