be an arbitrary point on side

of a given triangle

be the interior point where

intersects the external common tangent to the incircles of triangles

assumes all positions between

, prove that the point

traces the arc of a circle. 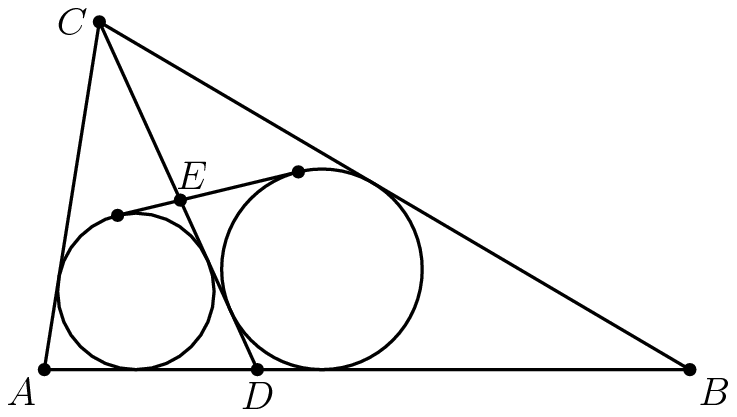 , respectively; and let them touch their common external tangent containing

, respectively, as shown in the diagram below. 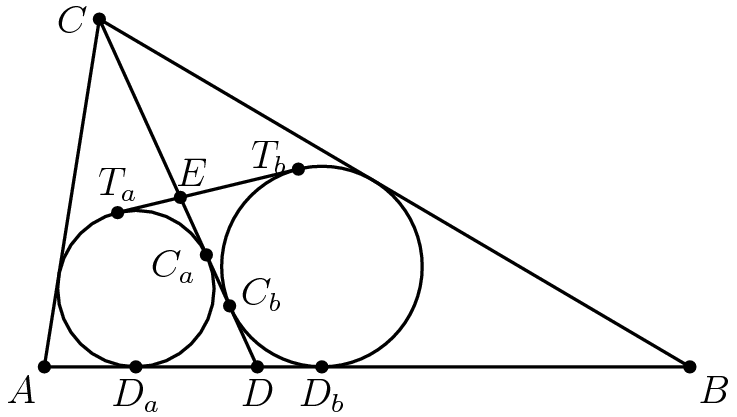 On the other hand, since

are tangents from the same point to a common circle,

On the other hand, the segments

evidently have the same length, and

be the semiperimeter of triangle

lies on the arc of the circle with center

. If we choose an arbitrary point

on this arc and let

in the diagram, so every point on this arc is in the locus of

Define the same points as in the first solution. First extend

; without loss of generality let

. Then the incircle of

is also the incircle of

, while the incircle of

; denote this equality by

is a constant equal to

lies on the circle with center