(shaded region below) is simply the sum of two segments of the circles. If we construct the midpoints of

, we see that thse segments respectively cut a 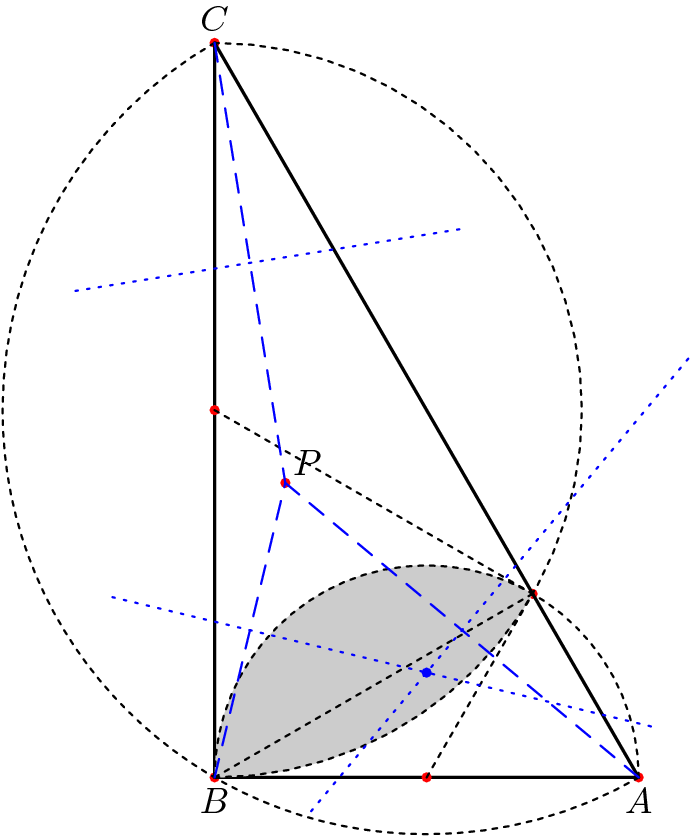 outside of the grayed locus; notice that the creases [the dotted blue] intersect within the triangle, which is against the problem conditions. The area of the locus is the sum of two segments of two circles; these segments cut out