During AMC testing, the AoPS Wiki is in read-only mode. No edits can be made.
AoPS Wiki
Resources Aops Wiki 2004 IMO Problems/Problem 1

be an acute-angled triangle with

. The circle with diameter

the midpoint of the side

. The bisectors of the angles

. Prove that the circumcircles of the triangles

have a common point lying on the side 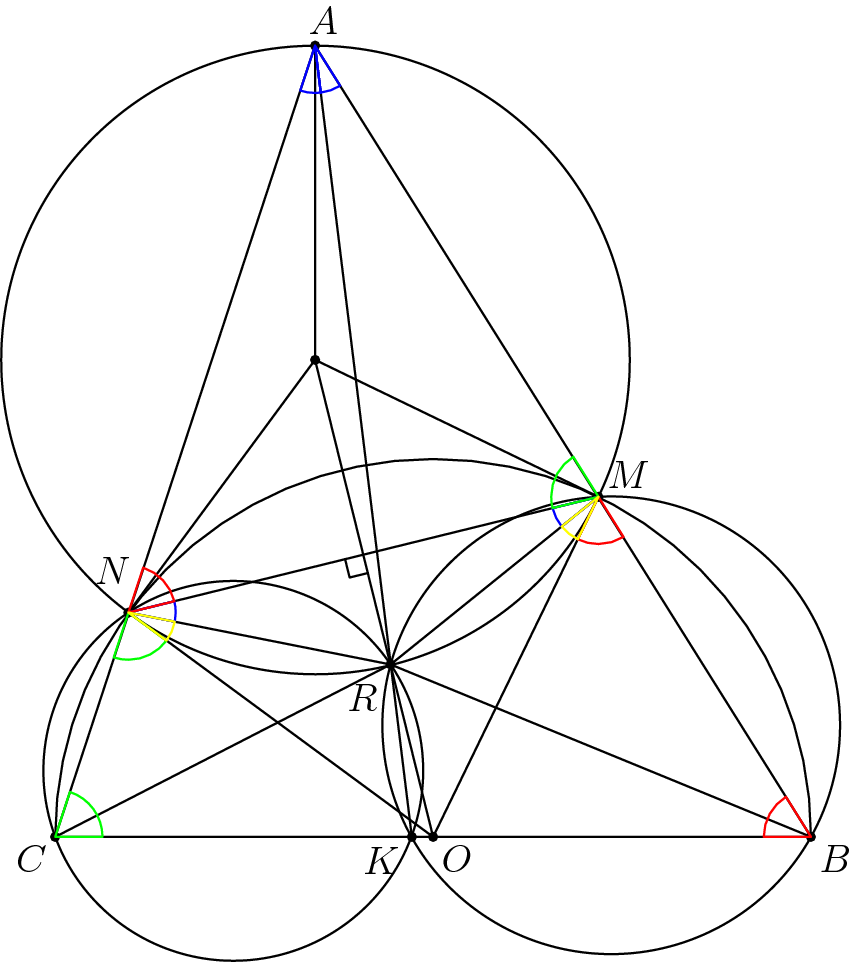 the circle with diameter

Our ultimate goal is to show that

. To show why this solves the problem, assume this statement holds true. Call

the intersection point of the circumcircle of

also lies on the circumcircle of

We now prove that

is isosceles. The bisector of

is thus the perpendicular bisector of

lies on the bisector of

at the midpoint of the arc

. This point must lie on the perpendicular bisector of segment

, which is the bisector of

is indeed the midpoint of arc

being the bisector of

The problem is solved.

which is indeed the measure of

lies on the bisector of

, and from this, it is clear that

must lie on the interior of segment

had to lie in the interior of

was a reason that a large portion of students who submitted a solution received a 1-point deduction.