be a positive integer. Define a sequence by setting

be the unique integer in the range

the obtained sequence is

. Prove that for any

's form a non-increasing sequence of positive integers, they must eventually become constant.

for some sufficiently large value of

, so eventually the sequence

, we can keep adding

to satisfy the conditions, provided that

. This is true since

, so the sequence must eventually become constant.

. By the problem hypothesis,

is an integer valued sequence.

Lemma: There exists a 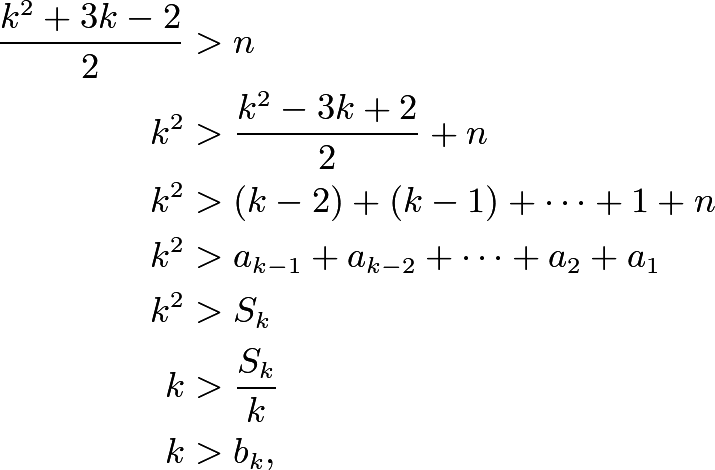 , and an easy induction can prove that for all

becomes a constant function for arbitrarily large values of

We claim that for some

. To this end, consider the sequence which computes the differences between

. Note that the first term of this sequence is positive (it is equal to

, respectively, we can tighten the above inequalities to

. But this would imply that

, a contradiction. We conclude that the sequence of differences must eventually include a term equal to zero.

be a positive integer such that

This follows from the fact that the sequence

is uniquely determined and choosing