, is inscribed in circle

, respectively. Let the line through

is cyclic if and only if

We will use directed angles in this solution. Extend 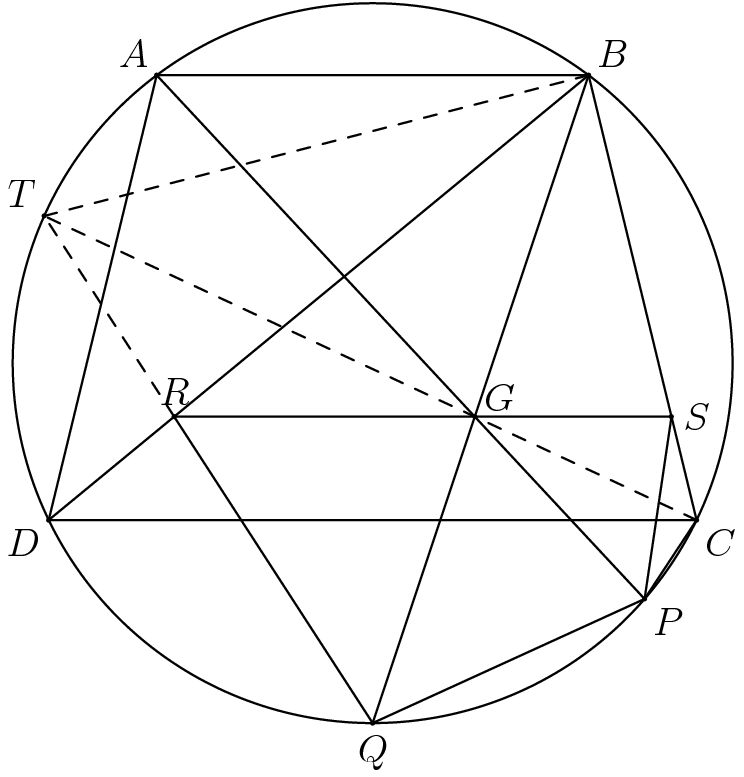 depending on the configuration.

Only If: These steps can be reversed. 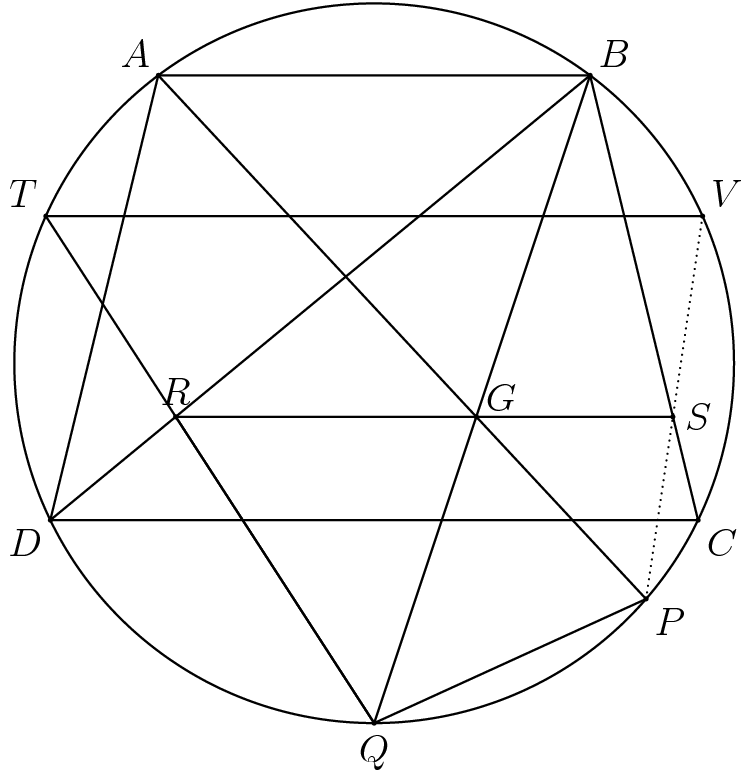 . Pascal's theorem on the tuple

implies that the points

are symmetrical with respect to the axis of symmetry of trapezoid

are also symmetrical with respect to the axis of symmetry of

are symmetric with respect to the axis of symmetry of trapezoid

. This implies that line

is equivalent to line

, so this implies that

Consider the same setup, except

is no longer the midpoint of

must be parallel to

to be cyclic. We claim that

and hope to reach a contradiction. Pascal's theorem on the tuple

are collinear. However, there exists a unique point

are concurrent. By If,

must be the midpoint of

in order for the concurrency to occur; hence,

. However, this is a contradiction, so therefore

cannot be parallel to