be a point interior to triangle

. The tangent line at

Without loss of generality, suppose that

is tangent to the circumcircle of

. It follows that after some angle-chasing, 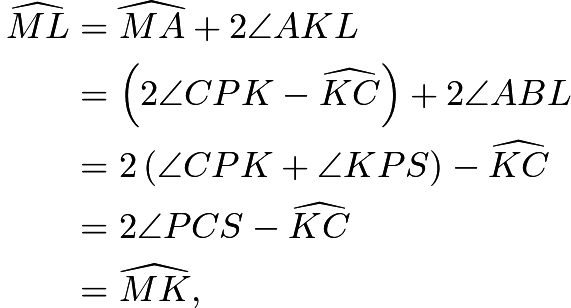 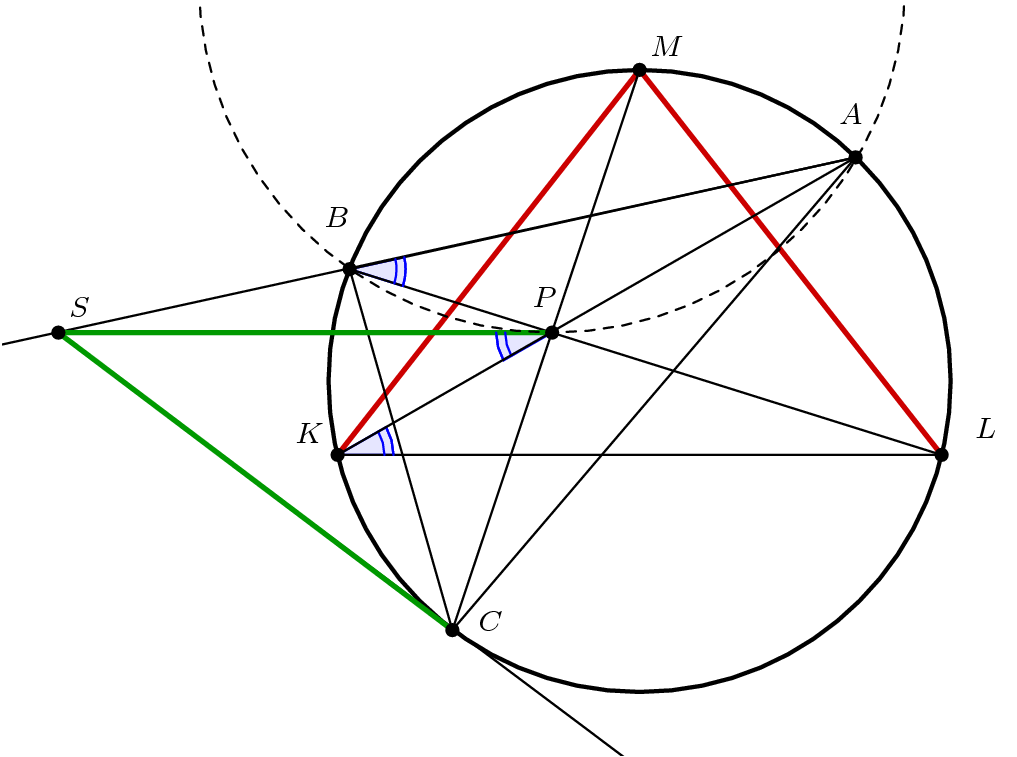 Let the tangent at

. We now have that since

Now consider the power of point

Hence by AA similarity, we have that

. Combining this with the arc angle theorem yields that

This implies that the tangent at 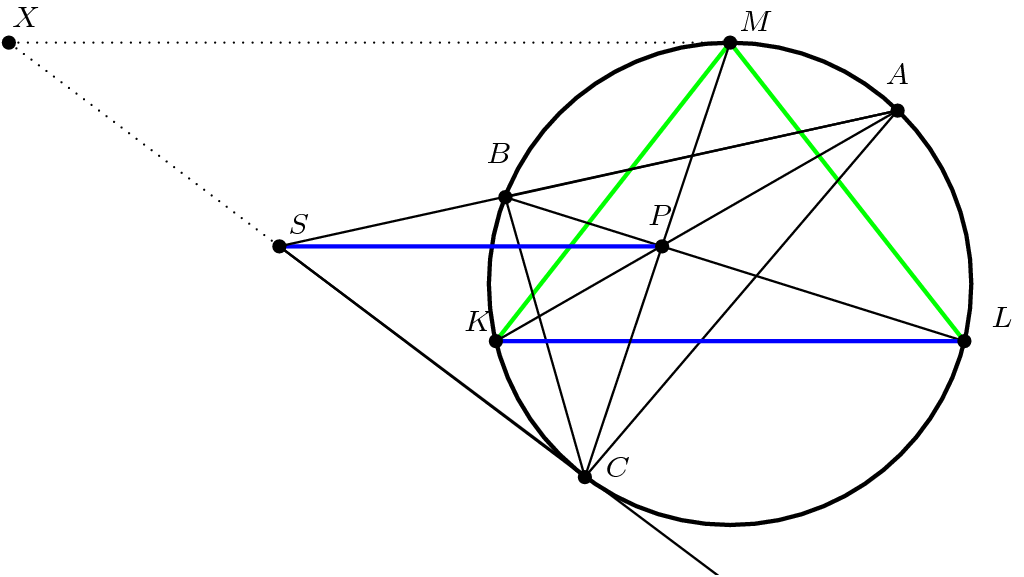 , we can construct circle

respectively. Then, we see that the circumcircle of

must be tangent to

by the converse of the radical axis theorem, since