be an acute triangle with orthocenter

be a point on the side

are the feet of the altitudes from

is the circumcircle of

the circumcircle of triangle

Draw a good diagram, or use the one below. What do you notice? (In particular, what do you want to be true? How do you prove it true?) 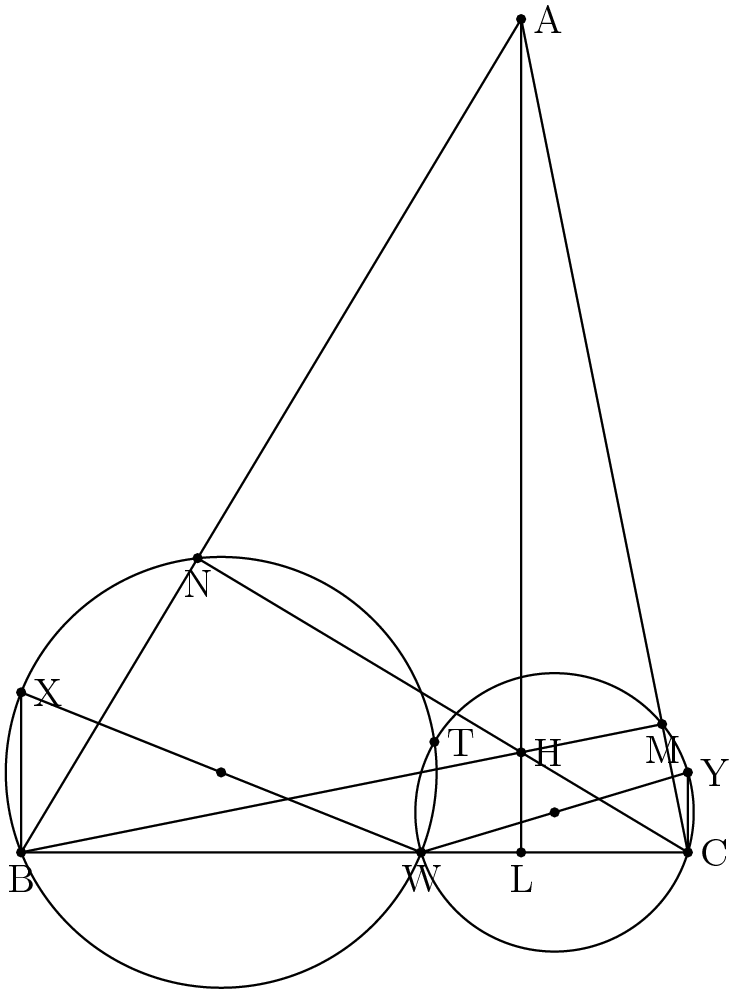 because they intercept semicircles. Hence,

is a straight line.

Proof: Let the circumcircles of

is cyclic (from congruent

), let its circumcircle be

. Then each pair of circles' radical axises,

, must concur at the intersection of

Proof: This is immediate from

, which is also the foot of the altitude to that side. Hence,

Proof: We know that

, opposite and right angles, sum to

. Furthermore, we are given that

is cyclic. Hence, by Power of a Point,

The converse of Power of a Point then proves

as well. Combining this with Lemma 3's statement, we deduce that

are collinear. But, as

are collinear. This completes the proof.

Probably a simpler solution than above.

is cyclic. Then since

are collinear. There are a few ways to finish.

are collinear, as desired

is cyclic we know

is on the radical axis,

lies on this line as well and we may conclude 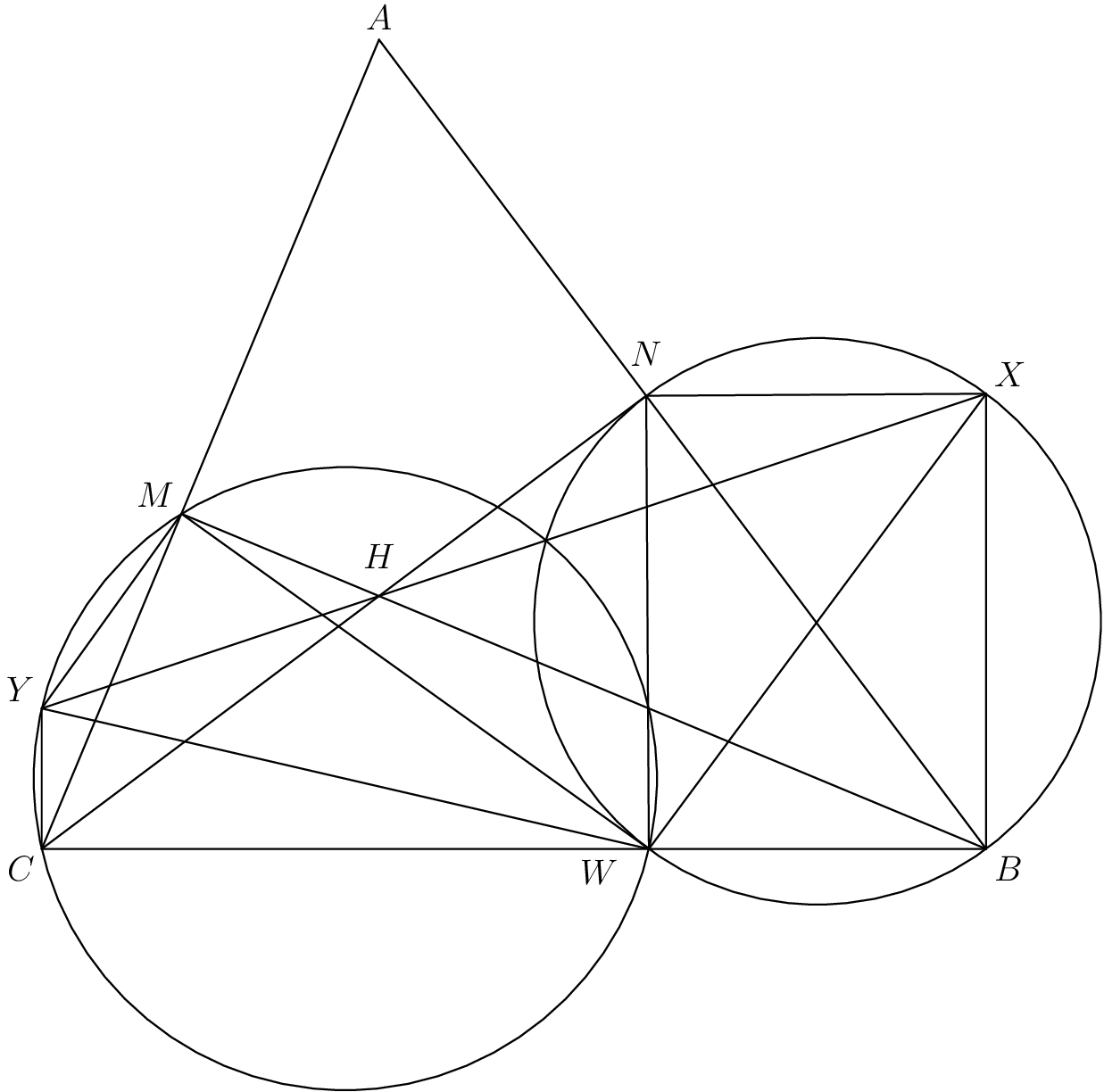 denote the complex number for point

be the origin. Now, since

is the diameter of the circumcircle of triangle

Since angles inscribed in the same arc are congruent,

Combining this with the fact that

is right, we find that

We wish to simplify

is a diameter of the circumcircle of triangle

Since angles inscribed in the same arc are congruent,

Combining this with the fact that

is right, we find that

We wish to simplify

This means that the line through complex numbers

If there is a fixed point to the line, then the real and imaginary values of the point must not contin

. If the fixed point is

after comparing the coefficient of 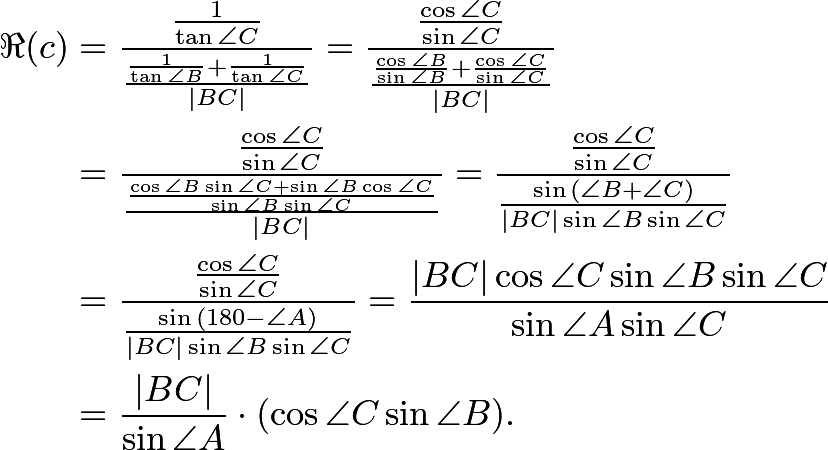 From the Law of Sines, we find that

Substituting this, we find that

's cancel out, we can just discard everything with

which is the fixed point

always passes through. However, by inspection,

Therefore, we conclude that

are collinear for all acute triangles