. But by Pythagorean Theorem on

(and we're given that

. Now we have cyclic quadrilateral

This means that opposite angles sum to

. Simplifying carefully, we get

But also, by Pythagoras,

Both solution 1 and 2 uses Pythagorean Theorem to prove

is isosceles right triangle without using Pythagorean Theorem. I will use geometry rotation. 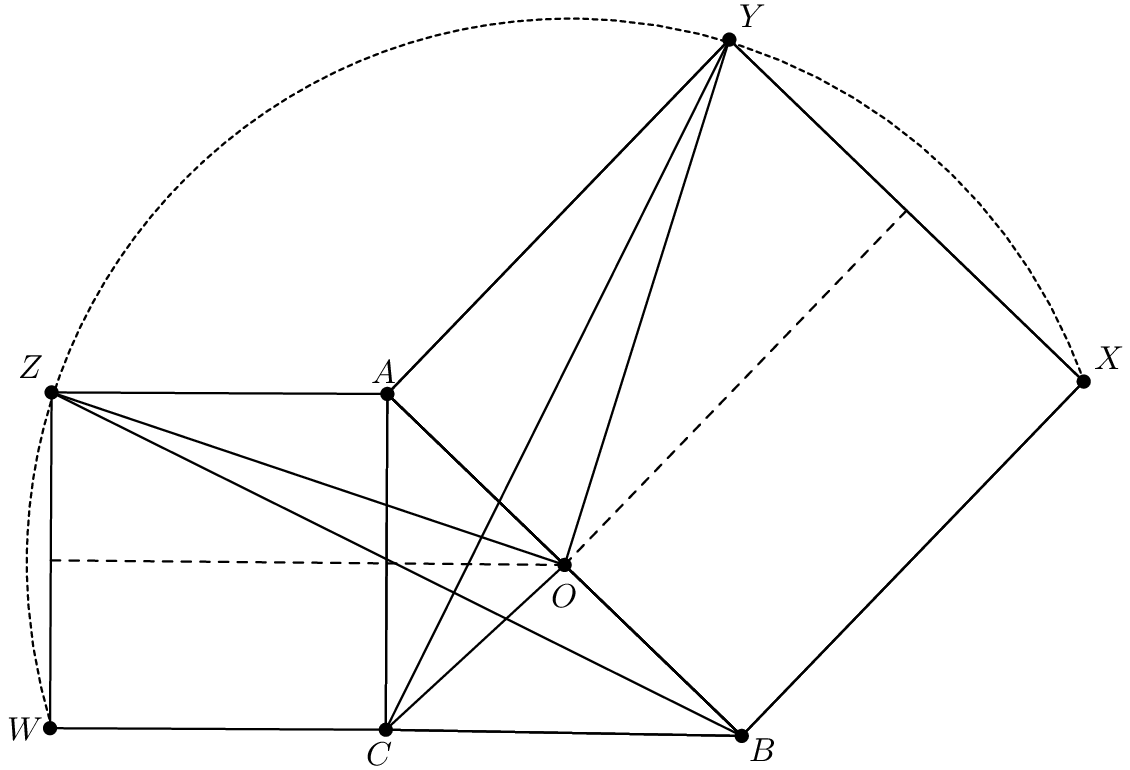 be the the midpoint of

. The perpendicular bisector of line

is the center of the circle points

is the midpoint of hypotenuse