be a variable point on segment

denote the midpoint of chord

moves along a circle. 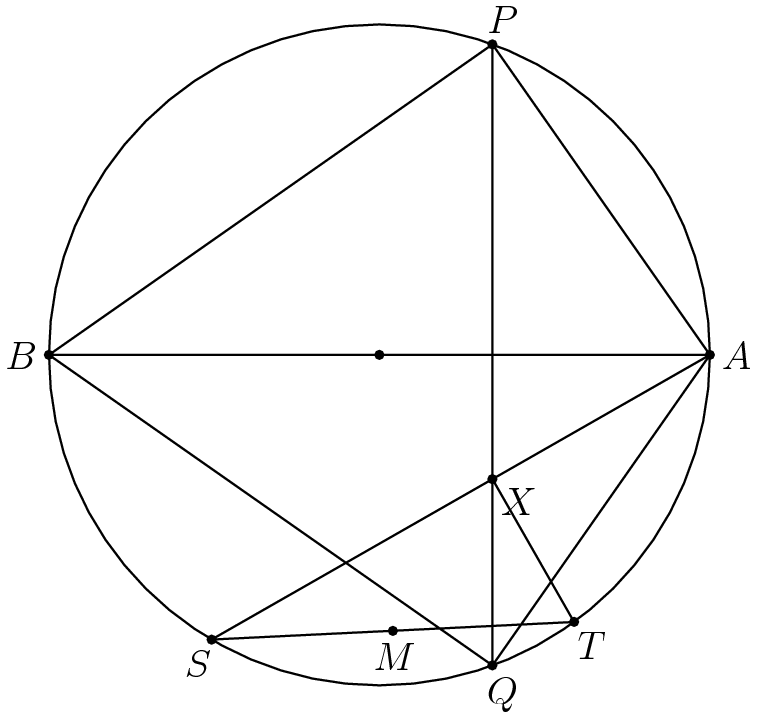 We will use coordinate geometry.

Without loss of generality, let the circle be the unit circle centered at the origin,

, which is an acute angle,

is on the circle yields

is the mid-point on the hypotenuse of triangle

, which is a circle centered at

moves along a circle with radius

We will show that

is fixed, this implies the claim.

by the median formula on

by the median formula on

is the circumradius, the expression

is the power of point

is also the power of point