be a heptagon. A frog starts jumping at vertex

. From any vertex of the heptagon except

, the frog may jump to either of the two adjacent vertices. When it reaches vertex

, the frog stops and stays there. Find the number of distinct sequences of jumps of no more than

jumps that end at

This is easily solved by recursion/dynamic programming. To simplify the problem somewhat, let us imagine the seven vertices on a line

. We can count the number of left/right (L/R) paths of length

and end at either

, so that a right (R) move corresponds to moving 1 in the positive

direction, and a left (L) move corresponds to moving 1 in the positive

direction. Because we don't want to move more than 2 units left or more than 3 units right, our path must not cross the lines

be the number of such paths from

under these constraints, we have the following base cases:

The filled in grid will look something like this, where the lower-left

corresponds to the origin:

. The total number of ways is

denotes the number of sequences with length

. Define similarly for the other vertices. We seek for a recursive formula for 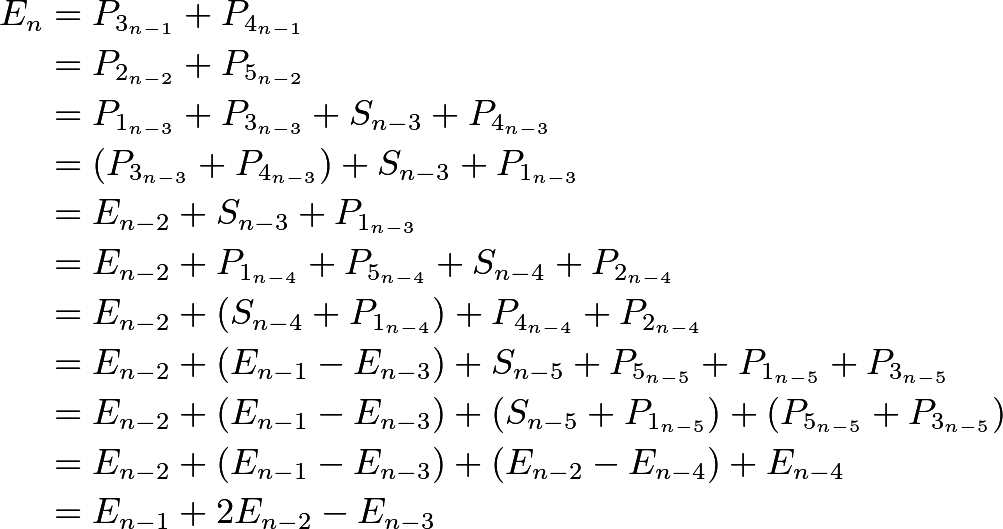 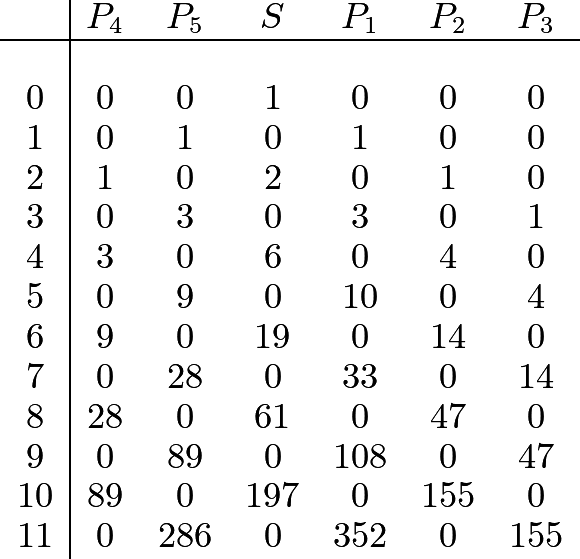 Then the sum of numbers in the "