are chosen at random on a circle. The probability that there exists a point

inside an equilateral triangle

be the three distances from point

to each of the vertices, with

being the longest distance. Let's consider the case in which point

is actually on the line: 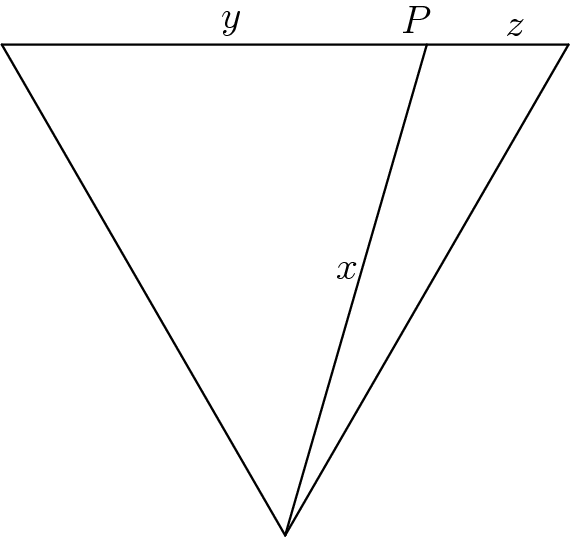 In this case, we can use Stewart's Theorem to find the relationship between the three variables.

This can be manipulated into the Law of Cosines, with an angle of

In order for point

to be inside the equilateral triangle:

(which has sides of

) cannot have any angles greater than or equal to

. Next, we can fix point

mark of a unit circle, as shown below: 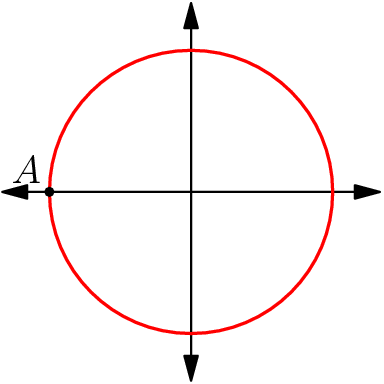 should be on the circle, such that Triangle

has all angles less than

is OUTSIDE of the red outline, but inside of the green outline shown in the graph below: 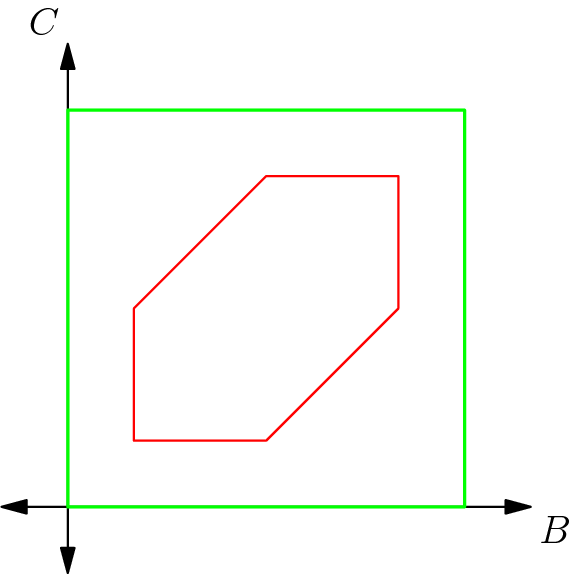 The red hexagon has vertices at coordinates

, while the green square has vertices at coordinates

. Each other these coordinates represent positions for points

on the unit circle, while point

on the unit circle.

Therefore, the probability of points

forming a triangle with angles less than

. And the answer is