The following demonstrate proofs of various identities and theorems using pictures, inspired from this gallery. 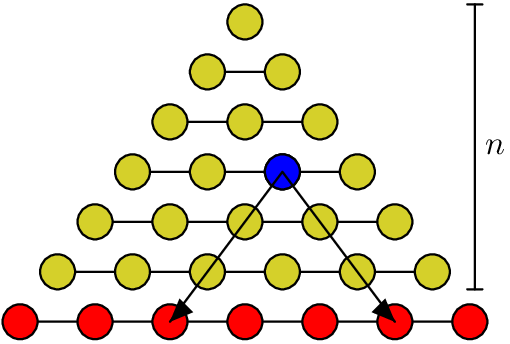 The alternating sum of the first

can be written as the sum of

consecutive integers, and consequently that

Here, we use the same re-arrangement as the first proof on this page (the sum of first odd integers is a square). Here's another re-arrangement to see this:

An animated version of this proof can be found in this gallery. 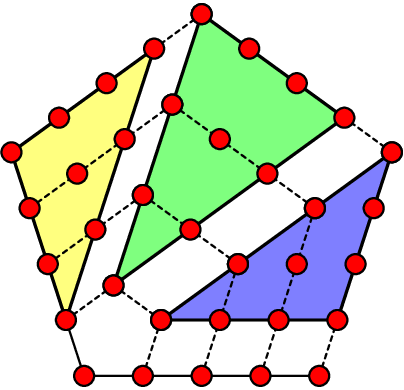 th pentagonal number is the sum of

and three times the 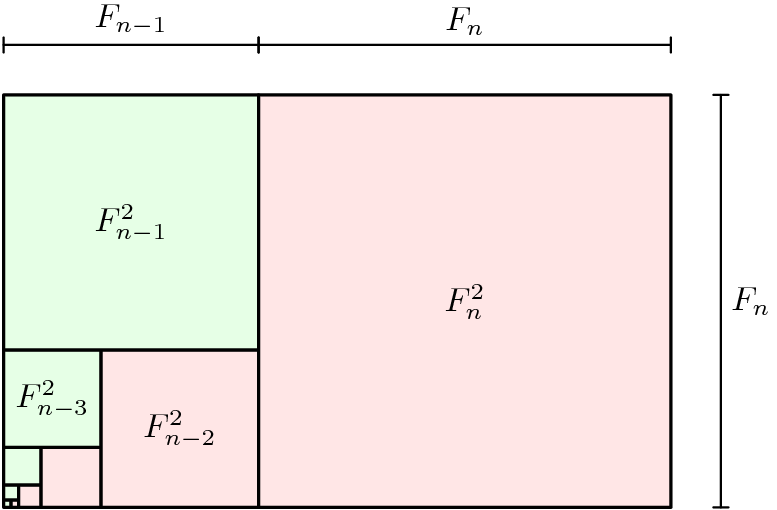 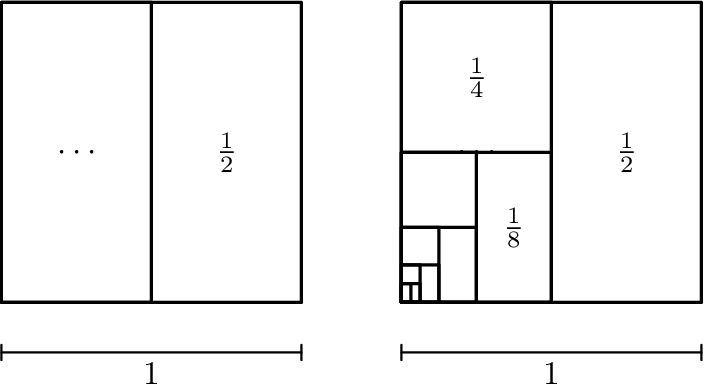 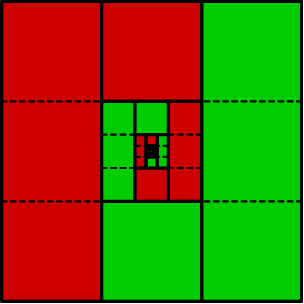 Another proof of the identity 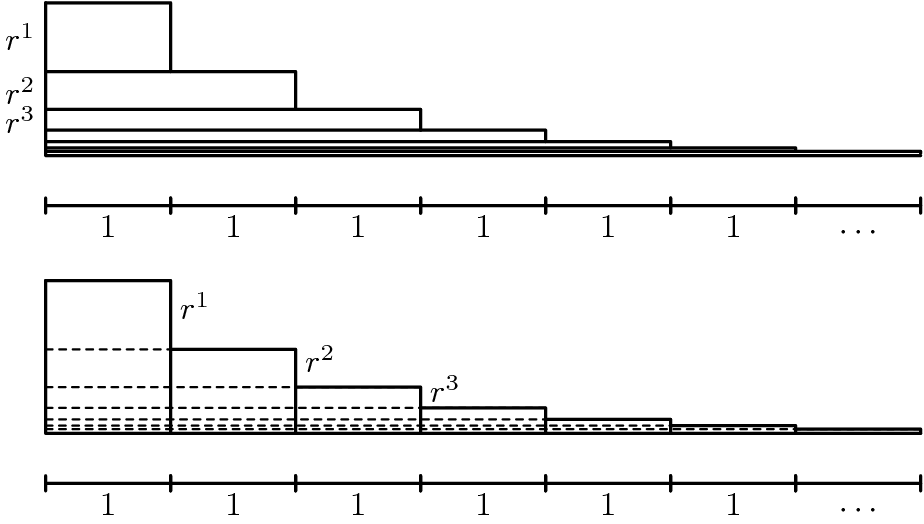 The Pythagorean Theorem (first of many proofs): the left diagram shows that

, and the right diagram shows a second proof by re-arranging the first diagram (the area of the shaded part is equal to

, but it is also the re-arranged version of the oblique square, which has area 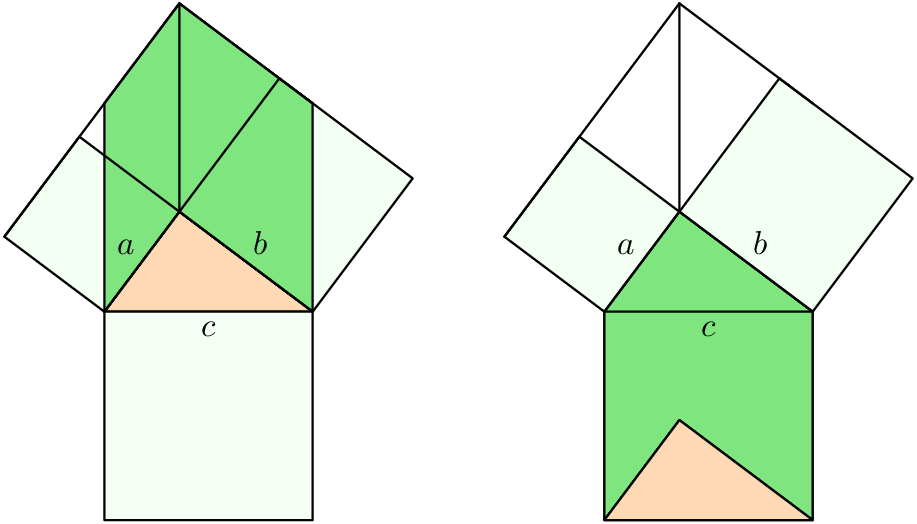 Another proof of the Pythagorean Theorem (animated version).

Another proof of the Pythagorean Theorem; the left-hand diagram suggests the identity

, and the right-hand diagram offers another re-arrangement proof. 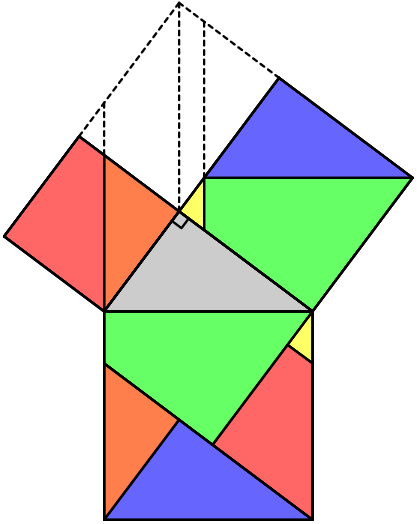 A dissection proof of the Pythagorean Theorem.[6] (Cut-the-knot) 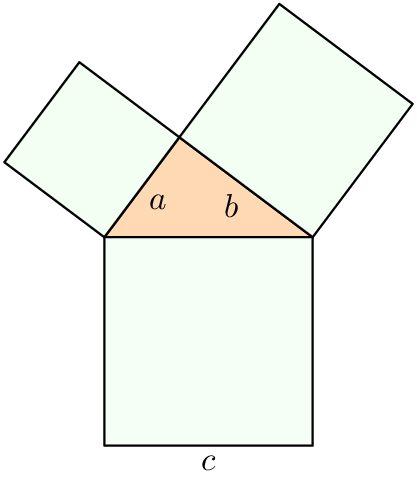 COMING: The last proof of the Pythagorean Theorem we shall present on this page, this one by dissection.

The area of a triangle is given by

is the semiperimeter.[10]
(Comment: we do not need to re-arrange the triangles to a trapezoid to see this, but this re-arrangement works due to alternate interior angles/angle bisector properties of the incenter.)

The area of a parallelogram with adjacent side vectors

The area of a dodecagon is

The smallest distance necessary to travel between 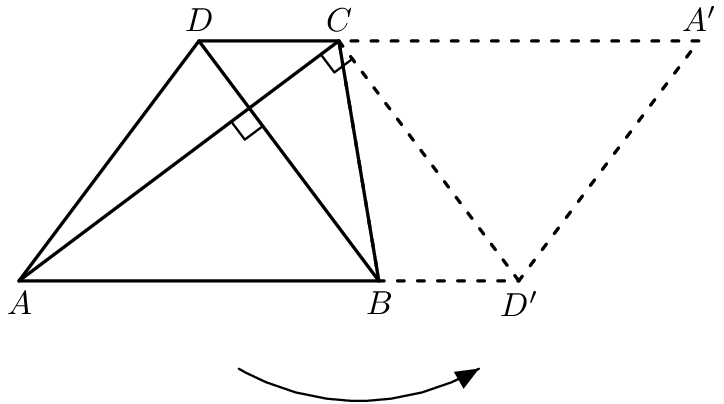 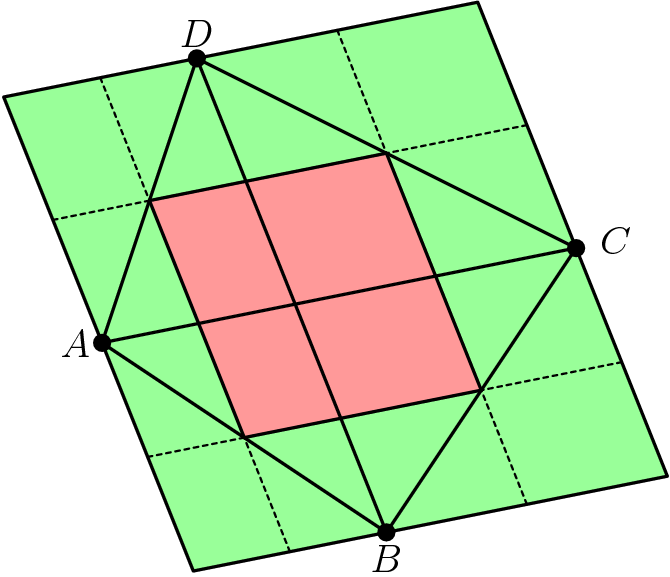 Proof for Volume of a Cone: http://www.mathematische-basteleien.de/wuerfel16.gif 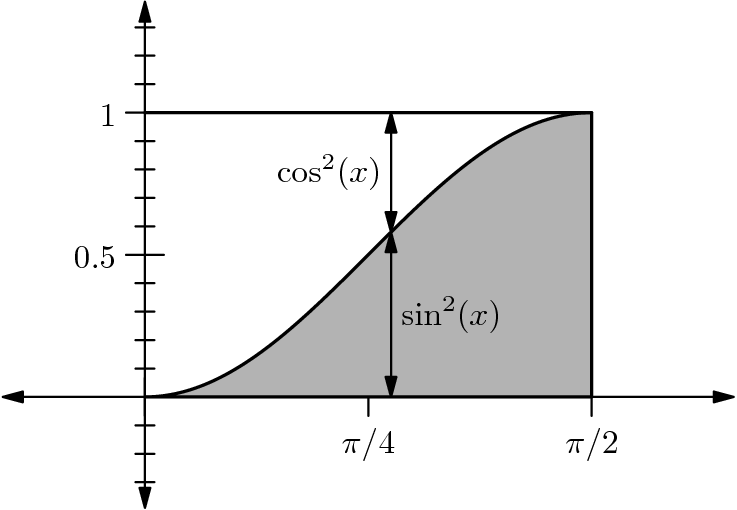 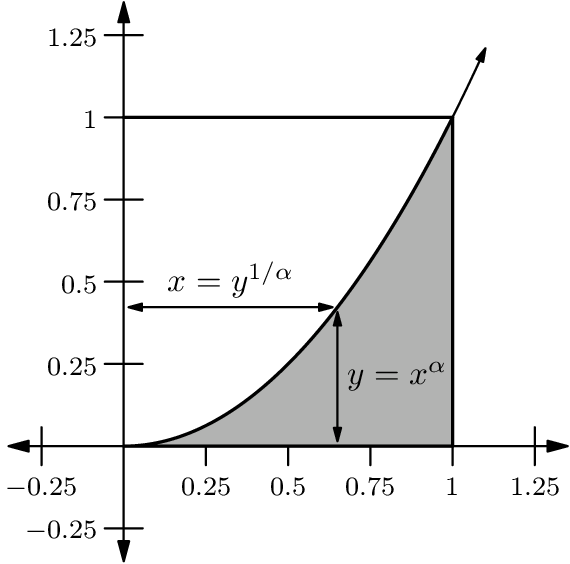 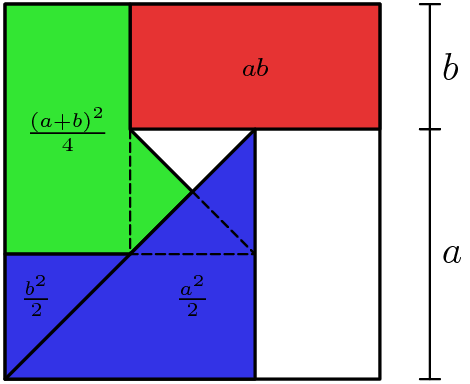 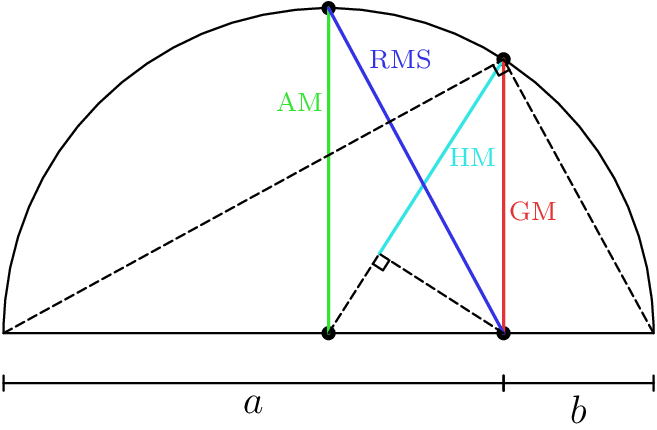 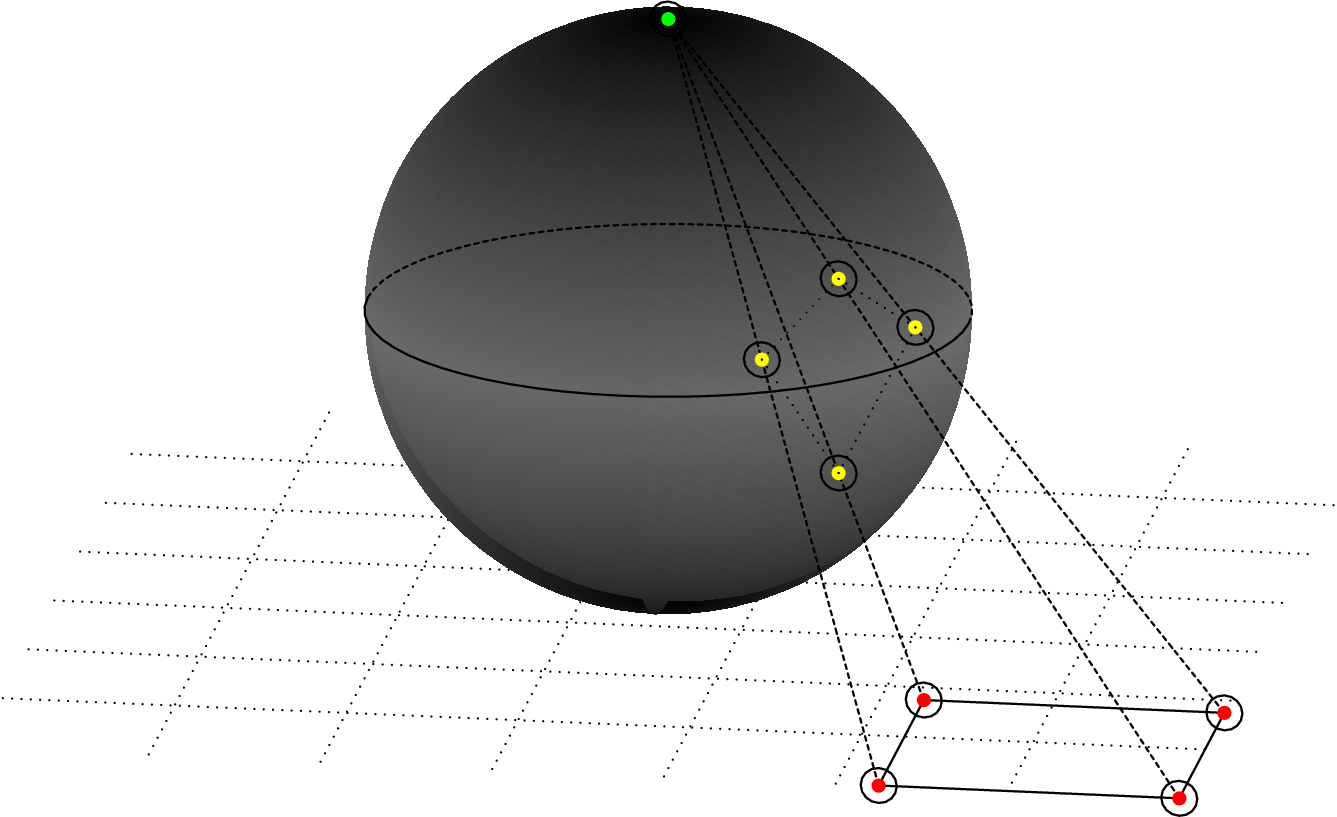 There exists a homeomorphism, the stereographic projection, between the punctured hypersphere 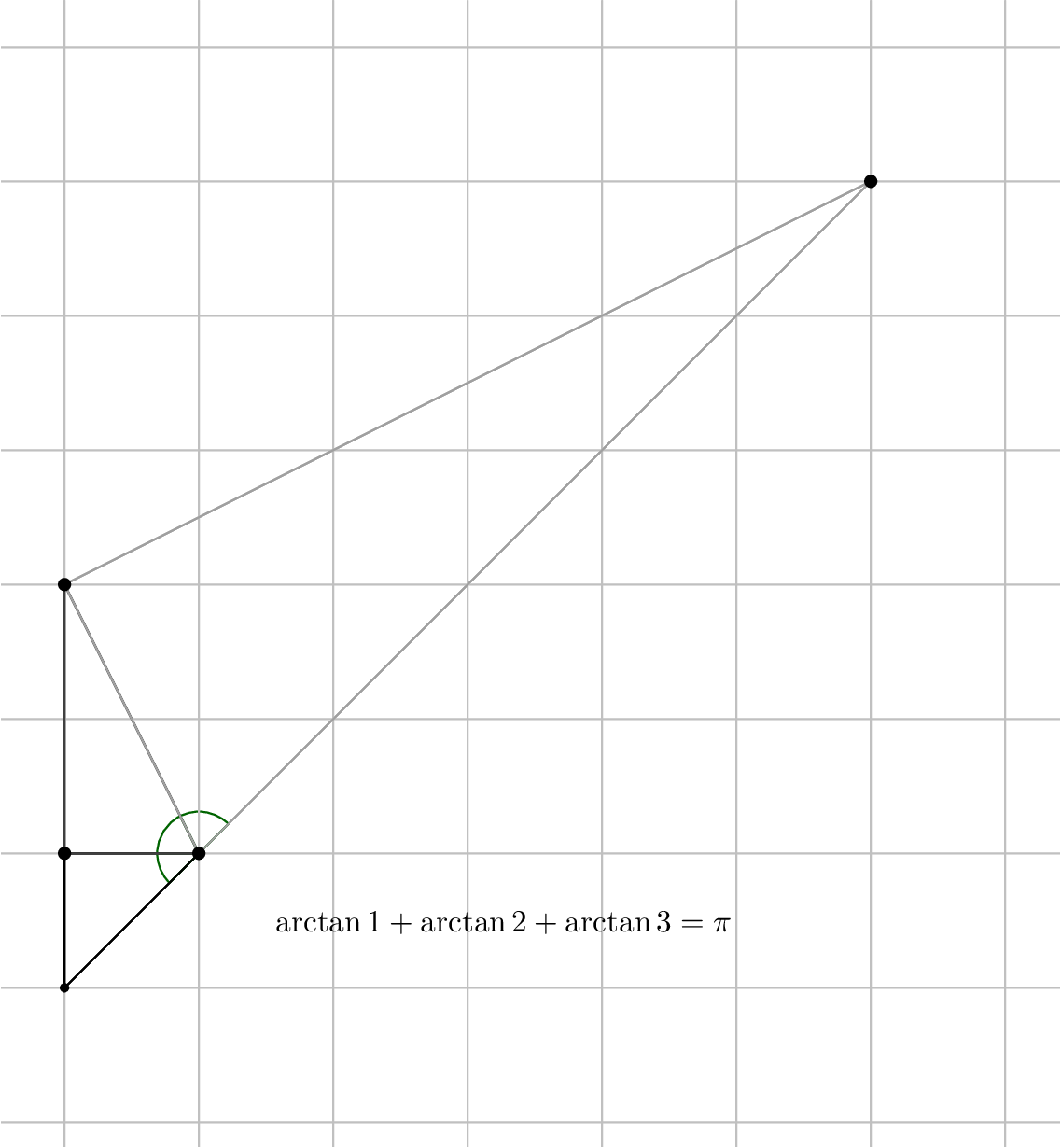