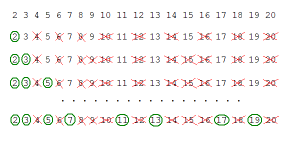 Sieve example for numbers up to 20