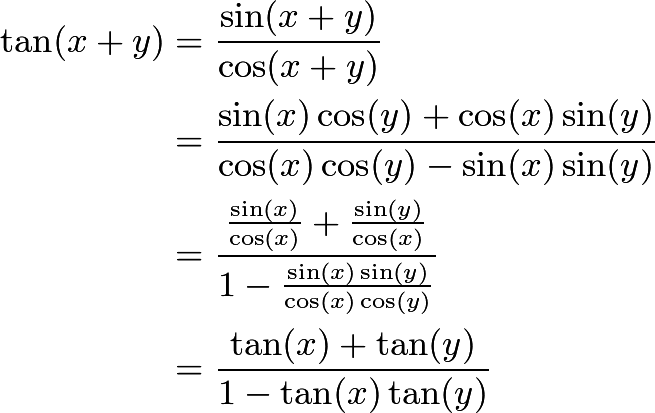 . These expressions are occasionally used to define the trigonometric functions.