During AMC testing, the AoPS Wiki is in read-only mode. No edits can be made.
AoPS Wiki
Resources Aops Wiki Difference between revisions of "2008 AMC 12A Problems/Problem 13"

Difference between revisions of "2008 AMC 12A Problems/Problem 13"

lie on a circle centered at

. A second circle is internally tangent to the first and tangent to both

. What is the ratio of the area of the smaller circle to that of the larger circle? 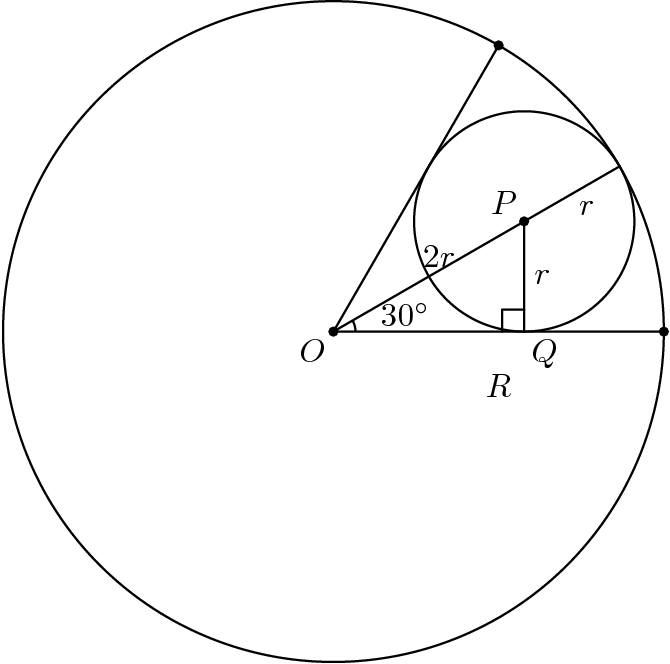 is a right triangle. Angle

(this can be proved by dropping a perpendicular line from

, letting their intersection be point

be the tangency point of the two circles. As shown in Solution 1,

degrees. Let the line tangent to the two circles at

is tangent to circles

, it must be perpendicular to

Then the ratio of areas will be