be a cyclic quadrilateral satisfying

be a point on side

. Note that only one point

satisfies the given angle condition. With this in mind, construct

with the following properties:

Proof: The conditions imply the similarities 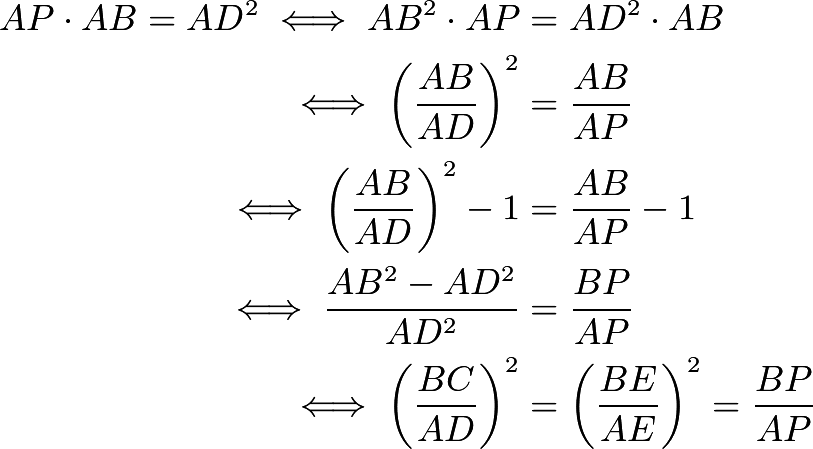 is the isogonal conjugate of

from similar triangles, so we are done. 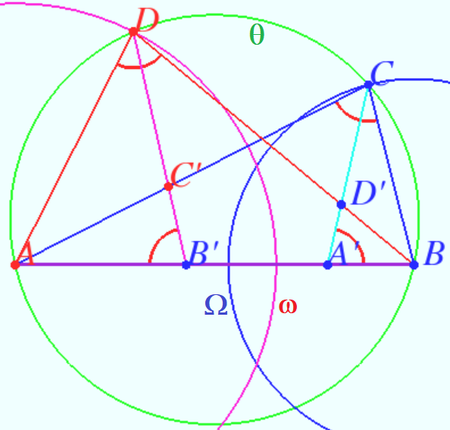 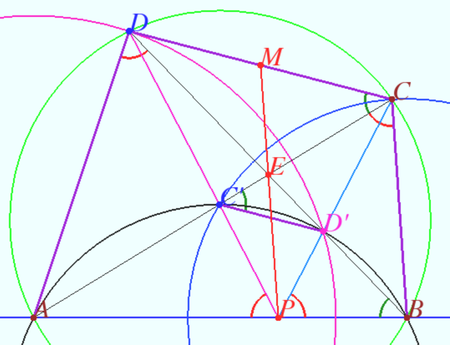 inversion with respect to

increases monotonically. So, there is only one point where

It is known that the intersection of the diagonals, intersection point of the lines containing the lateral sides of the trapezoid and the midpoints of two parallel sides are collinear.