A given convex pentagon

is unity. Show that all pentagons with the above property have the same area, and calculate that area. Show, furthermore, that there are infinitely many non-congruent pentagons having the above area property. 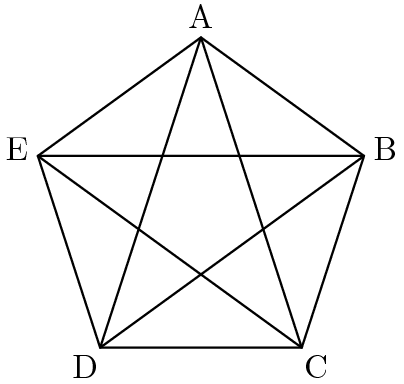 has the property that

Proof: For the "only if" direction, since

, and since the pentagon is convex,

. The other four pairs of parallel lines are established by a symmetrical argument, and the proof for the other direction is just this, but reversed. 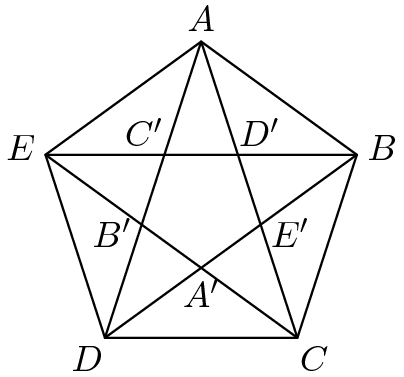 be the inner pentagon, labeled so that

are opposite each other, and let

be the side lengths of the inner pentagon labeled opposite their corresponding vertices. From the lemma, pentagon

is similar to pentagon

(and cyclic) has area 2. Supposing

, and with the requirement that

Now, we compute that

, and similar computation for the other four triangles gives

. From the aforementioned pentagon similarity, 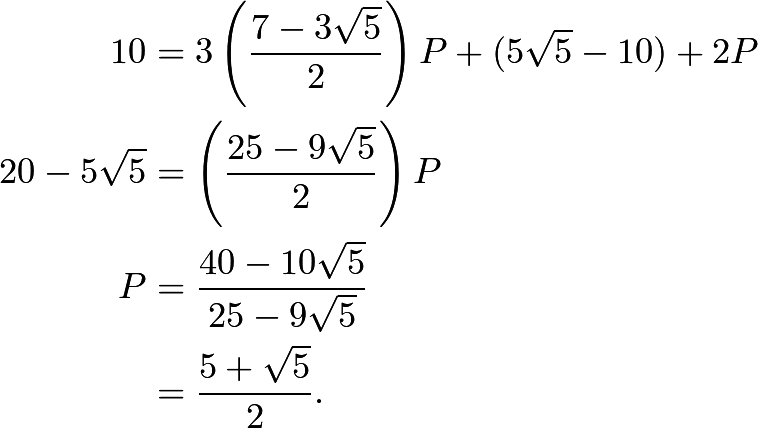 To show that there are infinitely many pentagons with the given property, we start with triangle

Alternatively, one can shear a regular pentagon, a transformation which preserves areas.