Show that the cube roots of three distinct prime numbers cannot be three terms (not necessarily consecutive) of an arithmetic progression.

are distinct integers, and

is the common difference in the progression. Then we have 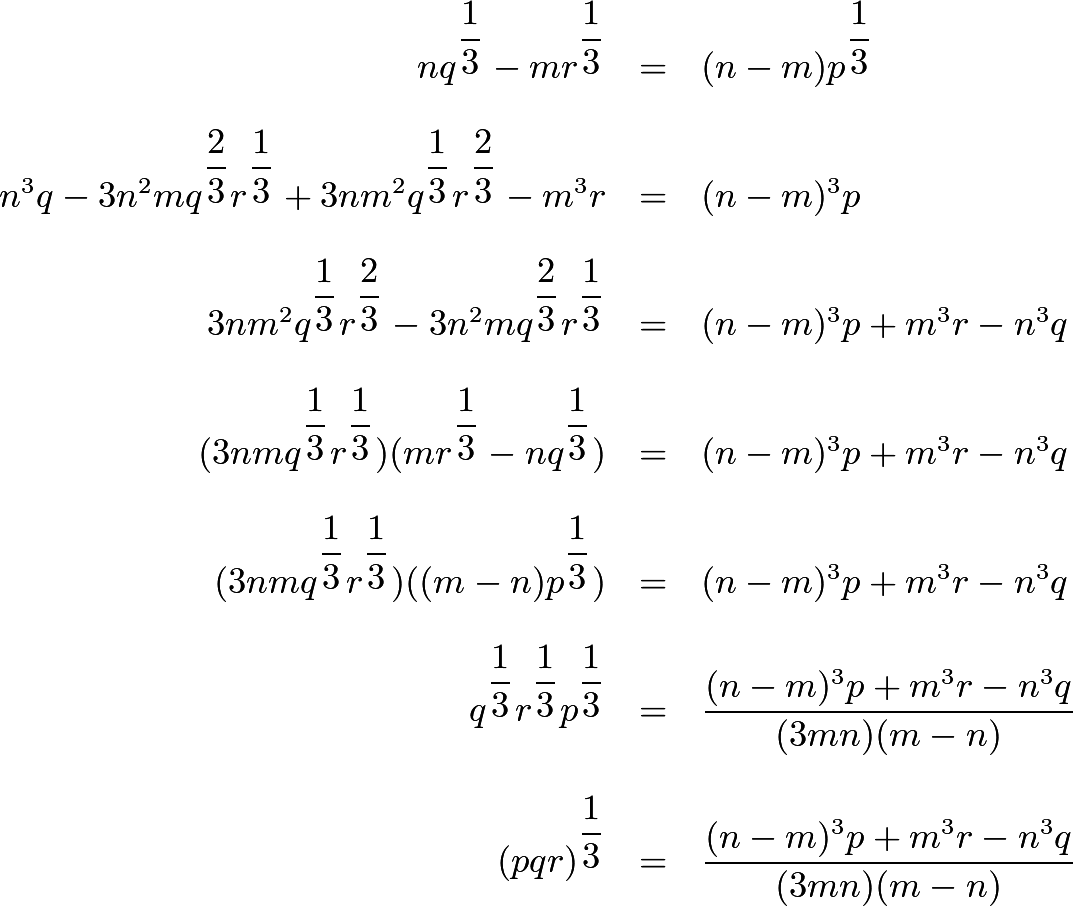 is not a perfect cube. Thus, the LHS is irrational but the RHS is rational, which is a contradiction. So, the cube roots of three distinct prime numbers cannot be three terms of an arithmetic progression.

Assume the contrary and suppose that the cube roots of three distinct prime numbers,

, form an increasing arithmetic progression. Then we can write

for some positive integral

are integral, r is rational.

This equation rearranges to

from the binomial theorem. As a result, cubing both sides of the equation gives

Proof: The first part is trivial if we write the fractions as

The LHS (left-hand side) of (*) is clearly rational (in fact, integral), and so the RHS must also be rational. This is the case for the first two terms

. But it is not the case for the third term. The number

, the product of three distinct primes, cannot be a perfect cube. Hence,