are square maps of the same region, drawn to different scales and superimposed as shown in the figure. Prove that there is only one point

on the small map that lies directly over point

of the large map such that

each represent the same place of the country. Also, give a Euclidean construction (straight edge and compass) for 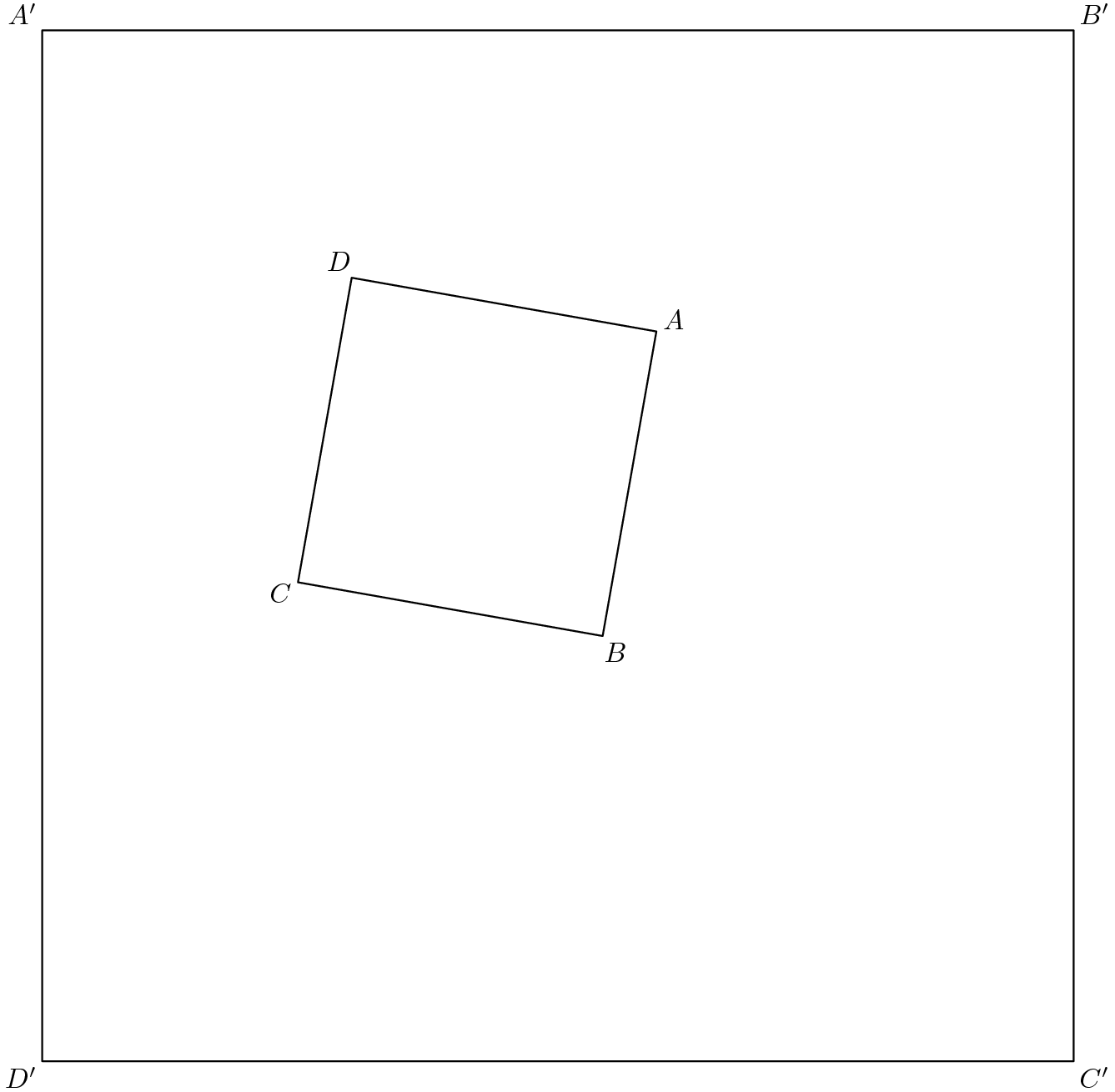 This problem needs a solution. If you have a solution for it, please help us out by adding it. The point is obviously unique, because the two maps have different scales (but if P and Q where two fixed points the distance between them would be the same on both maps).

Let the small map square be A'B'C'D' and the large be ABCD, where X and X' are corresponding points. We deal first with the special case where A'B' is parallel to AB. In this case let AA' and BB' meet at O. Then triangles OAB and OA'B' are similar, so O must represent the same point. So assume A'B' is not parallel to AB.