, then one value for

We divide both sides of the equation by

This looks a lot like the formula relating the slopes of two perpendicular lines, which is

are the slopes. It's made even more relatable by the fact that the tangent of an angle can be defined by the slope of the line that makes that angle with the x-axis.

, and using the trigonometric identity

Now it's time for a diagram: 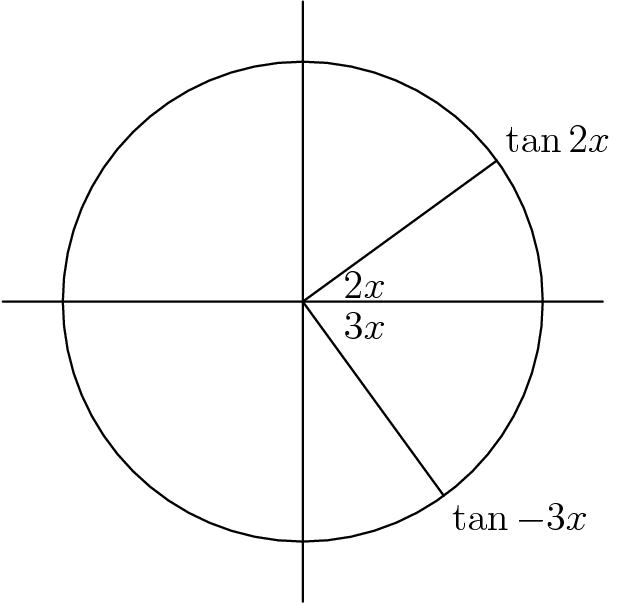 Since the product of the two slopes,

, the lines are perpendicular, and the angle between them is

. The angle between them is also

NOTE: To show that

is not the only solution, we can also set

equal to another angle measure congruent to

, yielding another solution as

, which clearly is a solution to the equation.

We can simply try the answers. We quickly see that

from both sides to get

. We recognize that this is of the form