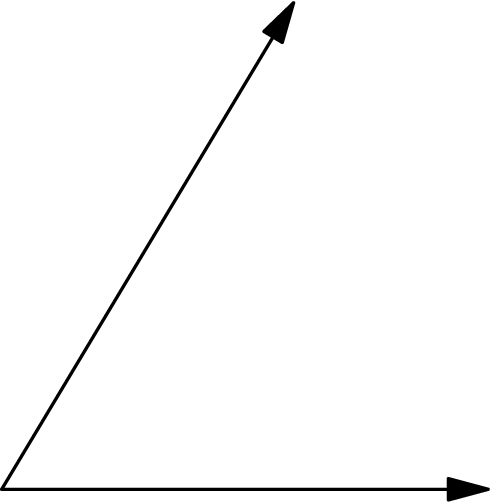 There are many notations for angles. The most common form is

are points on the sides of the angle and

is the vertex of the angle. Note that the same angle can be denoted many different ways by choosing different points along the side of the angle. If there is no ambiguity, this notation can be shortened to simply

, read "measure of angle ABC". There are different units for measuring angles. The three most common are degrees, radians and gradians.

If two angles are congruent, they have the same angle measure.

Angle chasing is a technique where solvers apply angle properties determine the measures of unknown angles. It is commonly used in geometry problems.