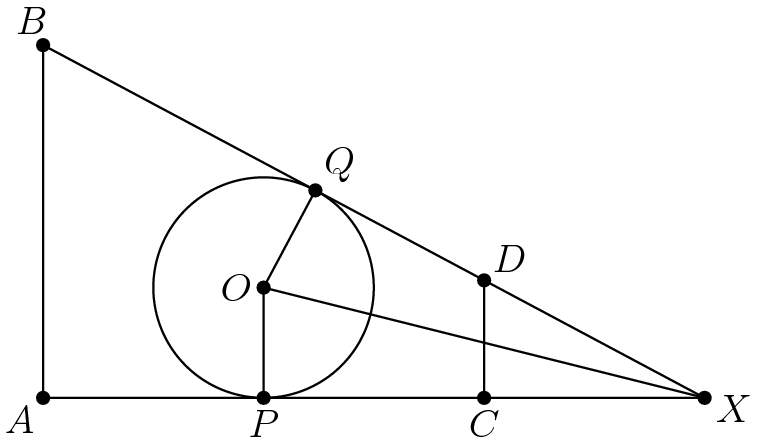 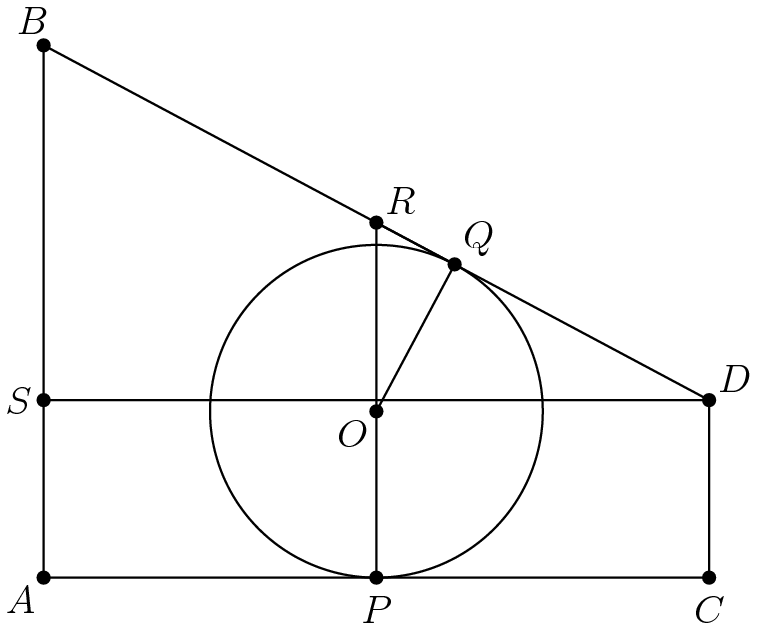 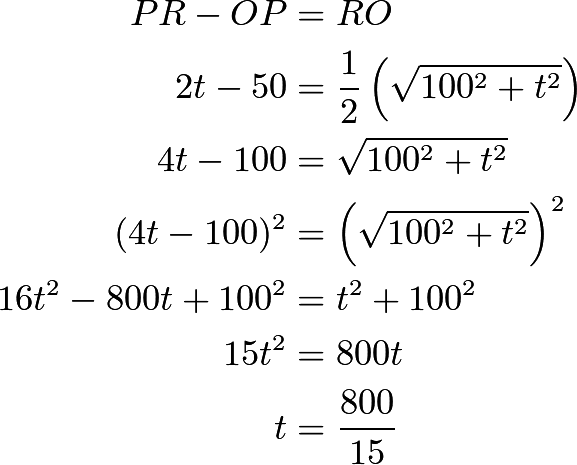 We can use areas to find the answer. Since Jenny and Kenny are 200 feet apart, we know that they are side by side, and that the line connecting the two of them is tangent to the circular building.

We know that the radius of the circle is 50, and that

. The other areas of right trapezoids can be calculated in the same way. We just need to find

up to where the point J is, we have by the Pythagorean Theorem,

Now we have everything to solve for

After isolating the radical, dividing by 50, and squaring, we obtain:

feet at 1 foot/s, our answer is

Basically, draw out a good diagram, and the rest is done.