be a set with six elements. In how many different ways can one select two not necessarily distinct subsets of

so that the union of the two subsets is

? The order of selection does not matter; for example, the pair of subsets

represents the same selection as the pair

For each of the elements in

we can assign it to either

or both. This gives us

possible methods of selection. However, because the order of the subsets does not matter, each possible selection is double counted, except the case where both

So our final answer is then

elements, the other also has

possibilities; this is because it must contain all of the "missing"

elements and thus has a choice over the remaining

by the Binomial Theorem. But the order of the sets doesn't matter, so we get

be the number of elements in

be the number of unordered pairs

We wish to find

Without the loss of generality, let the elements of

Based on the value of

we construct the following table:

each unordered pair of the

-element set, as the element

can be added to either or both of the subsets. The only exception is that the unordered pair of identical subsets of the

only contributes two unordered pairs to the

-element set. The table above shows this relationship between the

-element set and the

Together, the recursive formula for 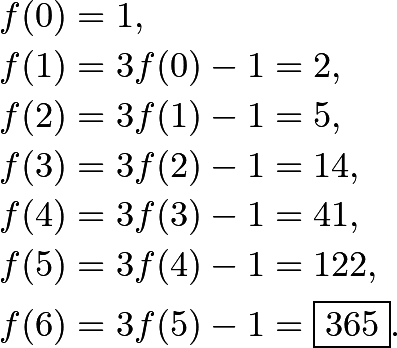 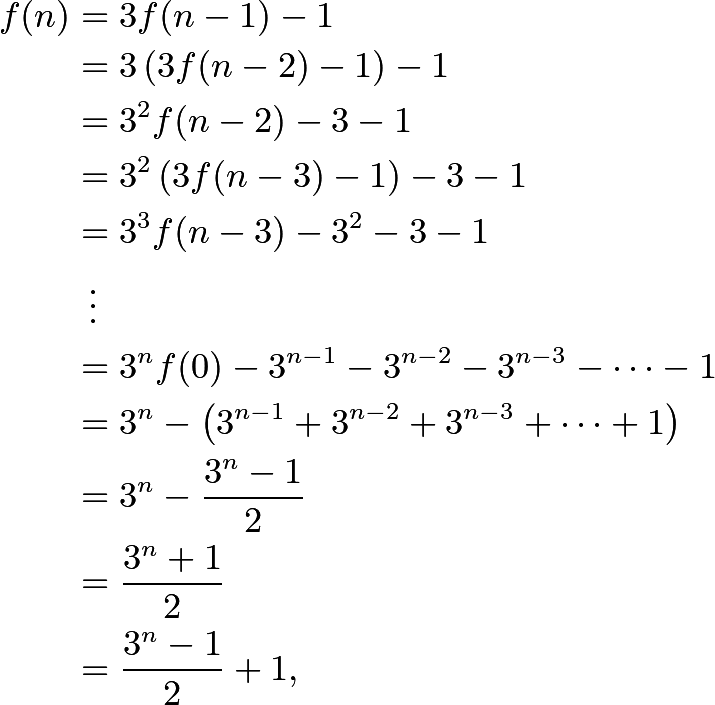 which resembles the result in Solutions 1 and 2. The answer is

too. Therefore, this formula is true for all nonnegative integers

If we wanted to, we could use casework, being very careful not to double count cases. Let's first figure out what cases we need to look at. The notation I will be using is

which implies that we pick 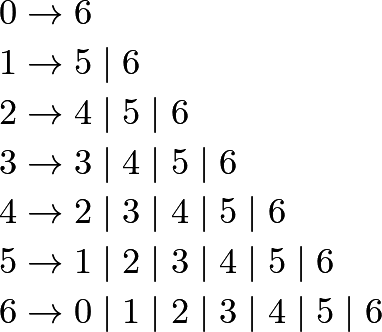 However notice that many of the cases are double counted as direction does not matter, e.g.

Get rid of those cases so we are just left with:

cases (If you have trouble understanding this, write down the six letters and then try to understand what

One quick thing though. We have a double counted case with the

as choosing ABC and DEF is the same thing as choosing DEF and then ABC. There are

we use the same process as before. We have

(there is no double counted case since ABCDEF, ABCDEF is only counted once).

Summing case by case, we have

Disclaimer: This is a terrible solution, it should only be done as practice for casework bashing and never should be done on a real AIME.