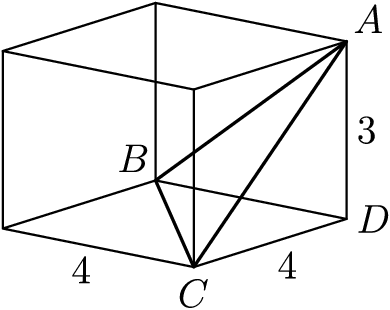 Note that the capital letters are coefficients, while the lower case is the point itself. Thus, the distance from the origin (where

be the desired distance. Recall that the volume of a pyramid is given by

is the area of the base and

is the height. Consider pyramid

be the base, the volume of

be the base, the volume is given by

. Clearly, these two volumes must be equal, so we get the equation

, we just need to find